Sixteen-year-old Will Harvey is a high school Junior who found his niche last fall on the school wrestling team and was doing well in his new-found sport. Two weeks after a tournament, however, an injury at practice brought on vision problems and dizziness that landed him in the emergency room. In February of this year, after multiple tests and procedures, Will was diagnosed with brain cancer. He had a tumor that was blocking the flow of cerebral fluid in his brain, and surgery was scheduled as soon as possible. As Will was being taken back to the operating room, he told his nervous mother,

God's got this, Mom, no matter what happens.

After surgery and proton therapy, Will is doing well and will be closely monitored over the next few months to see how the treatment worked. After talking with Will, we were impressed by his confident faith in God’s ability to take care of him through difficult and scary circumstances. His mom, Heather, told us that she has seen his faith even more on display since the diagnosis, specifically through choices he’s made like taking a job at Chik-fil-A because he knew it wouldn’t interfere with his ability to serve in the coffee corner at church every Sunday.

Going through this tough situation has not only brought me closer to God, but it has also opened my eyes to see what an incredibly brave and faith-grounded young man I have!

We were so excited to make Will a part of the W15H family and give him one-on-one time with Tim to encourage him even more in his faith!

The W15H began with a fun afternoon where Will and his family visited the TTF office. The TTF staff was so excited to spend time with Will and had prepared several challenges for him, including arm wrestling and a corn hole match. Will was such a good sport, and we loved his quiet humor and confidant personality. 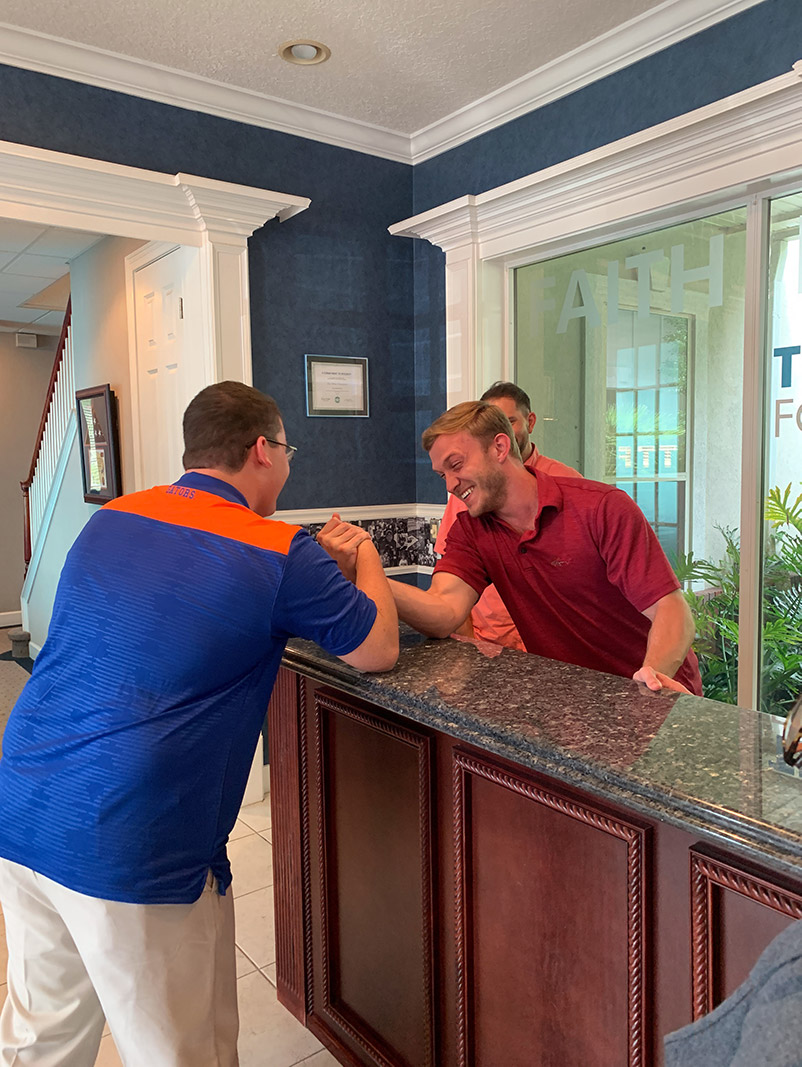 After everyone enjoyed cake together, Will headed out to the highlight of the evening, dinner with Tim! Tim greeted Will and his family at the restaurant where Will enjoyed a delicious seafood dinner. Will and Tim had a great time together talking about Gators football, wrestling, and their shared faith. Tim encouraged Will to keep on trusting God with his life no matter what happens. Before the evening was finished, Will was gifted a shopping spree where he was able to get some new fishing equipment and amazing Lego sets to build. 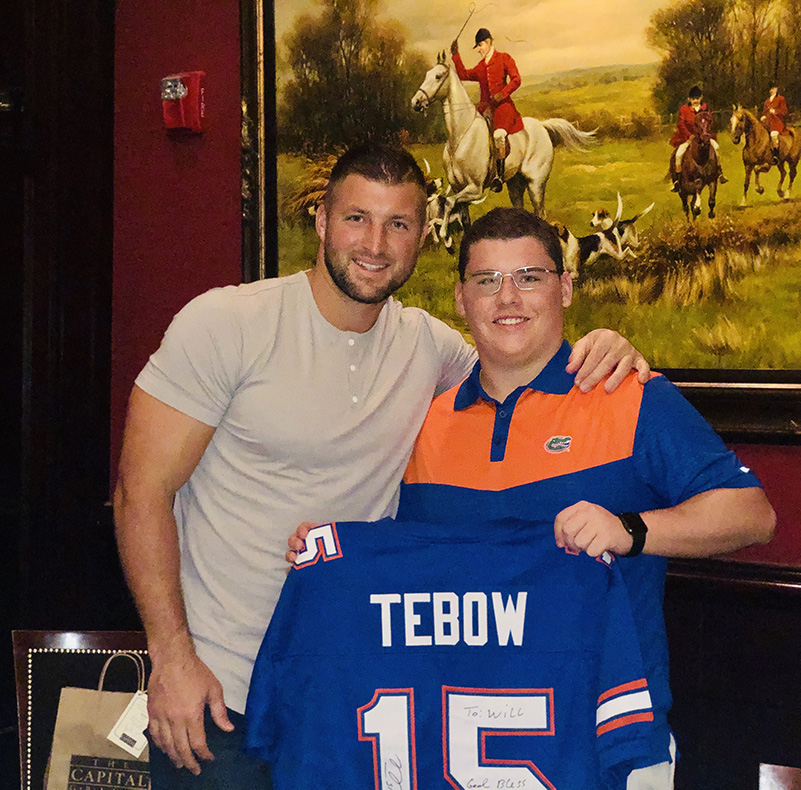 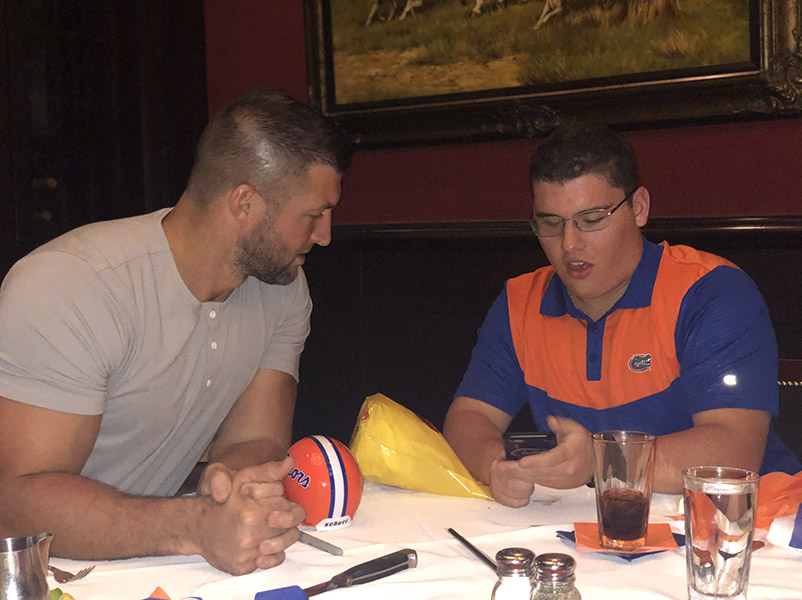 This past Saturday, Will headed out to the Florida/Georgia game to meet Tim on the set of SEC Nation. He got an exclusive tour of the set and time to meet the other hosts. As a fun surprise, Will got to meet some famous former football players from both the Florida and Georgia teams! 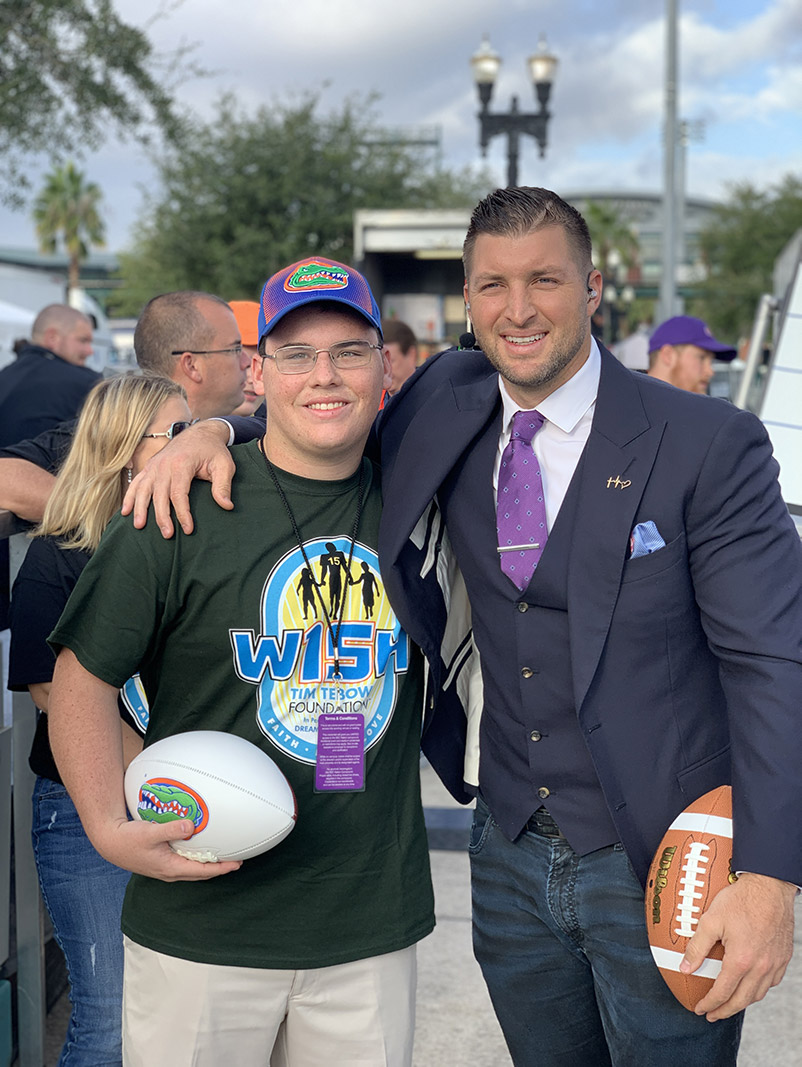 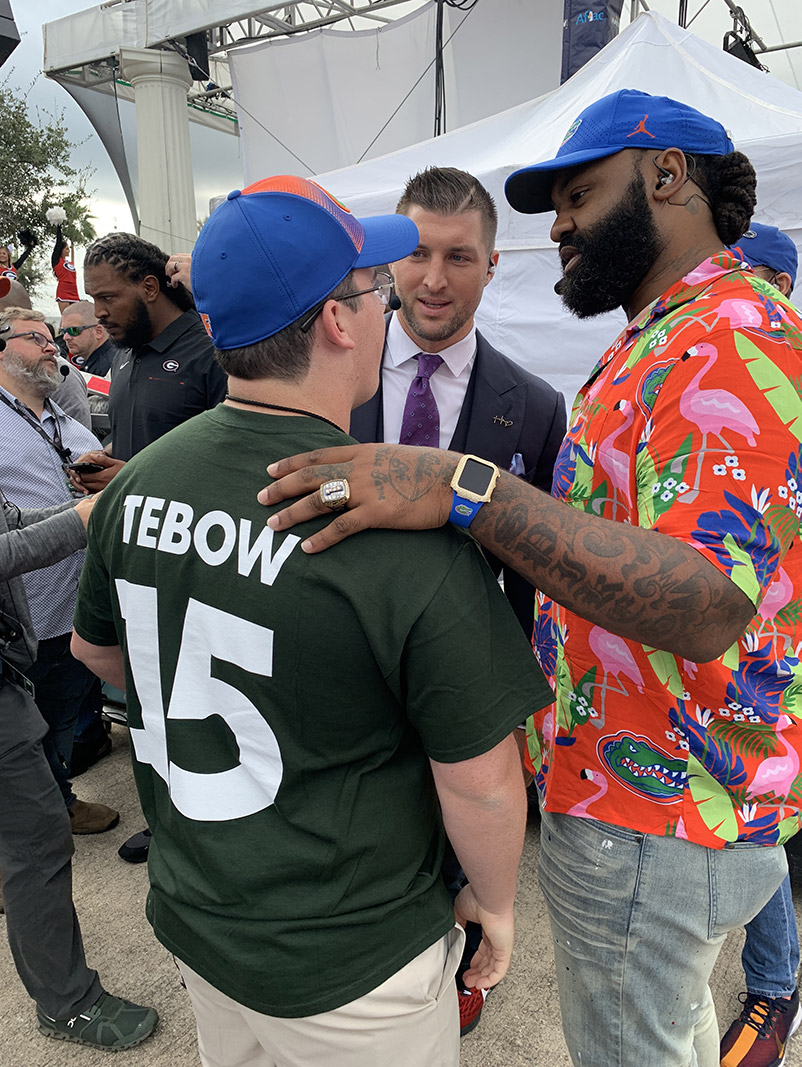 As game time neared, Will and his family watched the Florida football players and mascot parade in to the stadium from some of the best seats in the house. Before kickoff, Will headed down to the field to meet Florida’s head Coach and Quarterback. 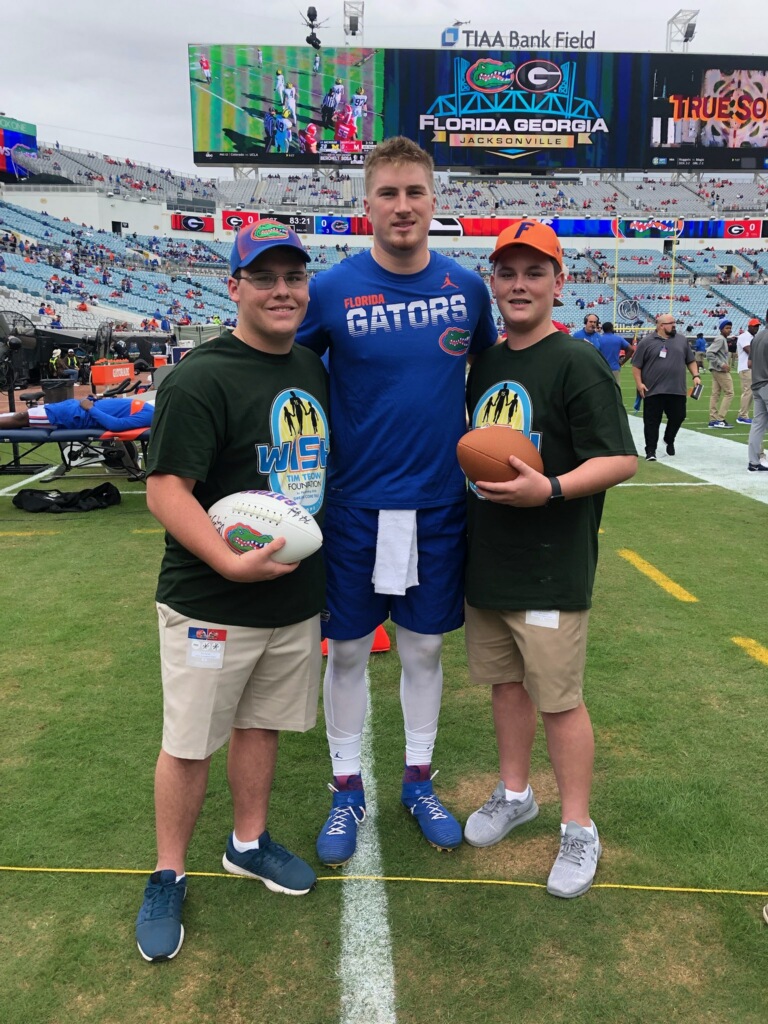 We had so much fun getting to know Will during his W15H weekend, and we admire his quiet humor and confidant faith. It’s been a hard road for Will, and it’s not over yet! Please join us in praying that Will’s brain will heal completely, that his vision will improve, and that the tumor will completely disappear without the need for radiation or chemotherapy.

If you would also like to partner with us to bring more W15H experiences to kids like Will, please consider making a gift or joining The Movement today.