When The Best Is Just Quietly There

“Sometimes the best is just quietly there…”

It was a phrase spoken by the mother of a Night to Shine guest, when asked about her daughter Jaime’s experience at the event earlier this year; a phrase that landed with resounding impact, though gently spoken at the time. The world we live in tells us every day that bigger, stronger, and faster is more desirable, that those whose beauty or personality outwardly shines the brightest or the loudest are the ones to watch. But God’s love teaches a different way. In His economy, every single person is uniquely created and infinitely valued, regardless of what others perceive they can or cannot offer. Like Jaime’s mom, God sees each and every child of His as simply “the best,” and as we are often reminded at Night to Shine, the best includes those just quietly there.

For some, the joy and excitement of the night is undeniable. It can be seen in their ear-to-ear smiles, their high fives for every paparazzo lining the red carpet, or their unrestrained displays of killer dance moves. They are those the world would call “the life of the party.” But for others, their joy isn’t so easily discerned. They may not speak, they may not dance, they may be stationed on the edge of the room, unable to physically do more than watch, and yet, they experience the evening in ways far beyond our understanding. Jaime is living proof. 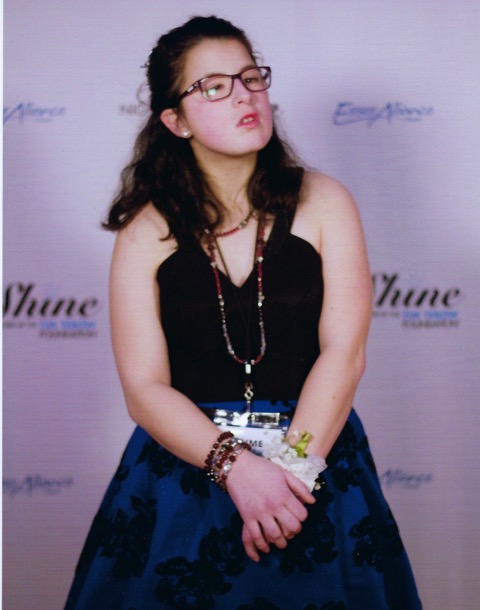 Her story began 19 years ago. Unresponsive to light or sound just a few days after her birth, her parents, Carol and Dan, immediately began to seek answers, the first of many steps in a lifelong fight for their daughter’s care. Eventually diagnosed with autism with high-support needs, Jaime often displays the stereotypical symptoms that accompany this diagnosis – sensory issues, lack of eye contact, impromptu loud noises, flapping of hands, and more. Unfamiliar situations or an unexpected change in an environment can trigger an outburst at any moment. And though the physical repercussions of Jaime’s diagnosis have been nothing short of substantial, the emotional repercussions have been equally so, for both Jaime and her family.

The truth is that from the beginning of Jaime’s life, many have treated her as unapproachable. Unworthy of time or attention. Invisible, even. Some have simply been unsure of what to say or how to interact. Others have acted as if she wasn’t even physically present in the same room with them; a reaction even more disheartening learning that she senses when her presence makes some people uncomfortable. Even those who want to connect with her can also experience trouble in doing so because Jaime is low-verbal, and her emotions and body language can be hard to read for those who don’t know her well. 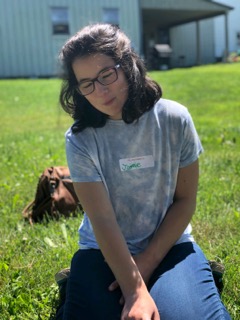 It’s a challenge sometimes faced by Buddies volunteering at Night to Shine. Discerning their Guests’ needs and wants can be difficult. A Buddy’s first role is to learn how to gauge a Guest’s reactions if he or she does not communicate in a way easily recognized or understood. But through the eyes of a mother who knows her child in a way that only a mother can – who understands the meaning of every sound, every eye flicker, and every tiny movement – Jaime’s reaction to her prom night was the same of any typical prom-goer. When asked what she thought Night to Shine meant to Jaime, Carol responded with:

“If Jaime could talk, I think she’d tell us she felt like a queen. She couldn’t wait to put her dress on, and she loved being around the other girls, getting ready together. She danced, ate, and did what she wanted to do, with no one looking at her strangely. Her Buddy became her friend, even if she couldn’t verbally tell her so. I think she would tell us that she felt so special, and so herself, all at the same time. “ 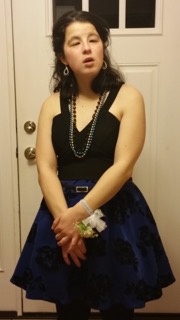 As for Carol and Dan, Night to Shine is an opportunity to watch Jaime be accepted exactly for who she is, not overlooked or stigmatized for who she isn’t. It’s a night for them to watch their daughter finally experience a prom, something so common for so many, but seemingly out of reach for her for so long. It is also a night for them, to experience community of their own, to feel supported and cared for as her primary caregivers. And yet, it is even more than this.

For every Guest, Night to Shine is an evening centered on God’s love, a night in which they are not only welcomed, but honored as the Kings and Queens they already are. Ultimately, it is a night for them to experience the unconditional and extravagant love of God for His children in a more tangible way. And though through God’s kindness, the growth of the ministry has been far greater than anyone at the foundation ever dreamed, the focus has never been the numbers. From those who can’t wait to tear up the dance floor, to those who are just quietly there, the night has always been, and will always be, about the Guests served. The reality is, we may never fully know the impact Night to Shine has made on the lives of some of them, but Jaime is a reminder we don’t have to. We serve an audience of One, and in His eyes, she is a Queen. 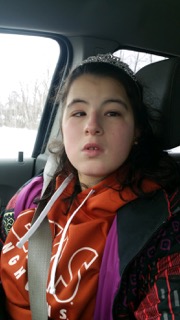