In Their Own Words: The Lord is Close to the Brokenhearted The Lord is close to the brokenhearted and saves those who are crushed in spirit. Psalm 34:18

Lily finally asked me the dreaded question.  I knew it would come one day.

It has been challenging the last few weeks with #nolimitlily around our home during quarantine.  She misses her school and her friends.  It is hard for her to get energy out being in a chair.  Especially when she has SO MUCH stored up in that little body of hers. She can’t go outside and run and play.  It has taken some imagination to get her energy out.  On the days we don’t do so well, it comes out with negative behavior.  Sometimes it triggers past behaviors because of past trauma in her little life.  You never know what will trigger her behaviors or her memories, but I am getting better at recognizing them.  New ones often surprise me, but you just learn to roll with it, make a note of it, and adjust. 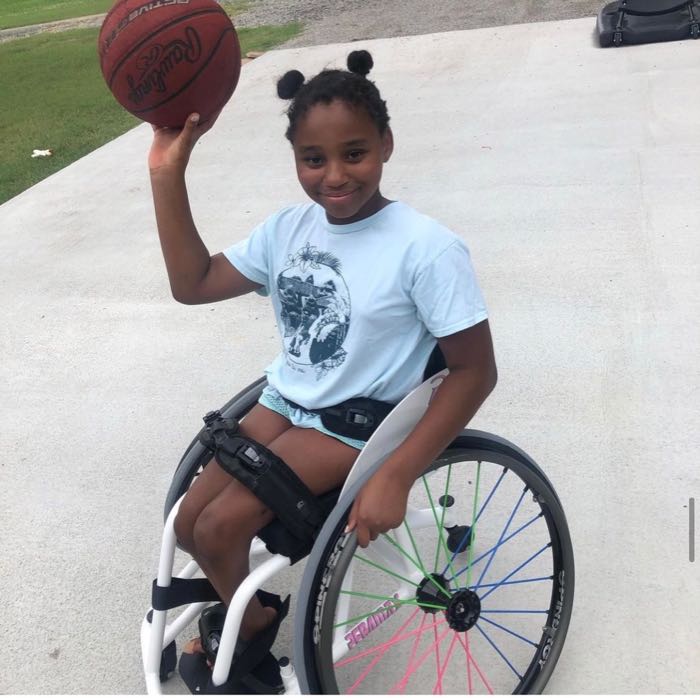 Last Wednesday we cooked rice. And stir fry. The rice did it. It was the trigger. She loves rice. LOVES RICE. It’s all she ate when she first came home. Probably because it was the staple meal she had in the orphanage.  But with the rice came lots of questions at dinner.  It brought back memories.  I could see her wheels turning.  YouTube will show you anything.  So, we pulled up Haiti videos.  We drove down the crowded streets.  We visited the meat market.  We saw the mountains and the sea.  We saw houses some big, and others small shacks.  She even asked about prisons (this comes from watching cops with PawPaw…insert an eye roll here).  So, we checked out the less than desirable conditions in Haitian prisons.  We looked at pictures of orphanages.  We talked about the journey to bring her home.  We talked about our experiences there and how Anna Lee was only 6 years old the first time she visited - 2 years younger than Lily right now.  That struck a chord with her.  Some things she saw frightened her. I shared with her how scared I was the first time I visited, but that often God calls us to do things even though they are scary.  She realized just how brave her big sister really is.  Dinner was finished.  We cleaned up.  Lily was still at the table.  Brad and Anna Lee had moved on to the living room for the nightly showing of Dr. Pol.  It was just her and me.

I read a blog a while ago about a grown adopted child.  She was angry at her parents.  Angry at the world.  She was angry she had been adopted and not given a choice.  She wanted a choice as a small child to decide if she wanted to be adopted or not.  Then I realized there is a whole community of adopted children like this out there.  It scared me to death.  Kept me up for about a week.  I worried this would be Lily.  That she would grow up and be angry that she didn’t have a choice.  That she would hate us as this child did her own parents.  That she would be angry at her situation.  What is the difference in this woman and my Lily?  This is still in the back of my mind often.  Especially when the hard questions come. 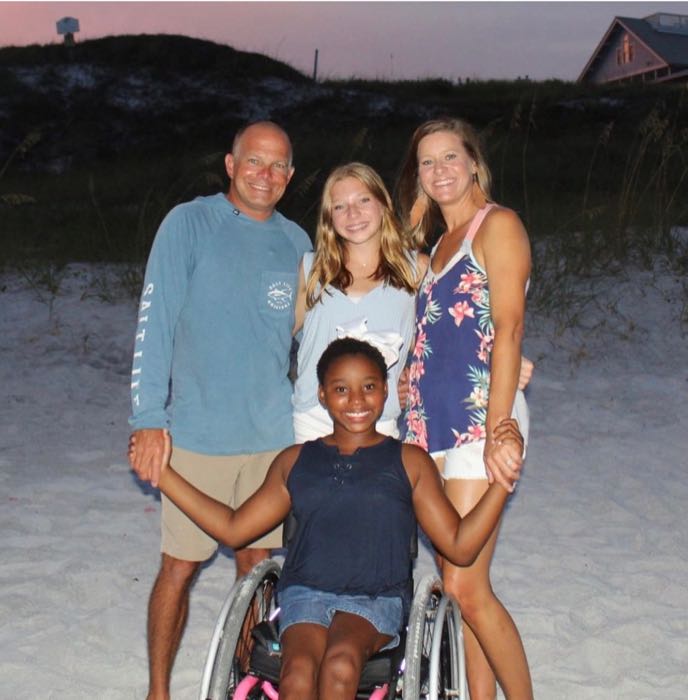 After everyone left the table and it was just her and me.  I could see she wasn’t finished.  She was quiet.  Still looking at pictures of her homeland.  I sat down asked her what she wanted to know.  Big tears welled up in her eyes, and I asked again.  Then she said, “Did I have a momma in Haiti?”  We have danced around this for a while.  But tonight was different.  Her heart, mind, and soul were connected to this question.  She wasn’t asking as a child anymore, she was asking as someone who wanted answers.  I quickly prayed for God to give me healing words for her soul.  And I answered, “YES.”  You absolutely had a momma in Haiti.  Then she asked, “What about a daddy?”  To which I answered, “Yes.”  Then the question I knew was lingering came.  “Why did my momma leave me at the orphanage.”  Again, whispered prayers for her soul.  I told her all the information I knew.  I shared with her that I feel in my soul that her momma knew she would have a better chance at getting medical care if she left her there.  And that she made the ultimate sacrifice for her daughter that would give her life.  I explained to her that I wasn’t brown, I wasn't Haitian, and I wasn’t her birth momma, but that one day there is a prayer journal of mine that she could read.  And during the exact days her birth momma was giving birth and the 10 days before she entered the orphanage, her American momma was praying for her birth momma and daddy to make the best possible decisions for their child.  For 10 days that no one has accounted for Lily, for some reason I was directed to pray for our birth child’s parents.  I was covering them and didn’t even realize the significance of those dates.  I was praying for them and Lily as they traveled about Haiti for 10 days before she was placed.  And that we were forever connected through prayer.  That she was never alone not for one minute.  That she and her Haitian family was constantly being covered in prayer.  We talked about every trip we took and every goodbye.  How we cried and our hearts broke when we left her, but our prayers didn’t leave her.  How we fought for her when she had no idea God was moving heaven and earth for her.  How she is now surrounded by family, and friends who love her fiercely.  Tears were shed, but they weren’t the heartbreaking kind that I thought would come.  I shared with her how I believe God has a mighty plan and purpose for her life.  That I believe she is going to change this world.  How she is fierce and brave.  She then said we needed to move to the living room at this point.

She made us circle up.  She climbed in her chair and said she needed to share something.  And one by one she thanked us for what we did.  She just kept saying over and over thank you for going and thank you for taking me and loving me, and I saw it coming...the flood gates broke.  Tears from deep down came flooding out.  I watched Brad scoop her up.  And she cried.  She cried all the hurt, pain, and joy her little life has had.  In the safe arms of her daddy, she let it out.  Again a picture of how our Heavenly Father holds us and our tears.  Anna Lee and I watched with tears.  I quickly explained the conversation that took place in the kitchen, which led to what we were experiencing at that moment.  We circled her up, shed some tears, and told her how much she was loved and wanted.  Then comes the beautiful part. 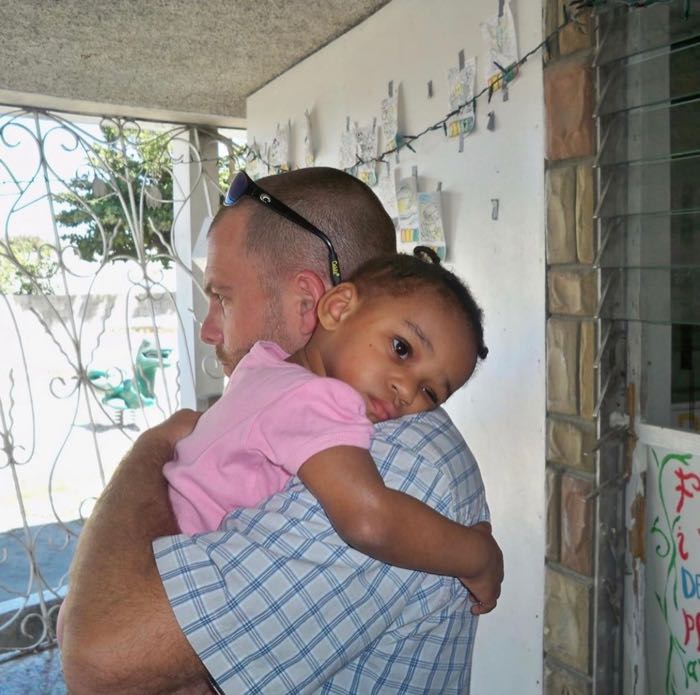 We have done a lot of things wrong, but we have also done some things right.  And what came next flooded my soul with hope.  Lily grabbed our hands and said circle up.  We are having family prayer.  I will lead, y’all follow, and dad will finish.  Something that was painful, something that hurt, wounds that were opened were healed in my baby that night and she knew why.  It was because of Jesus.  She knows the answer is prayer.  She went there without being led.  That night she was leading.  And she prayed the most special prayer my heart has ever heard.  She thanked God for each person in her family, and some she even said why.  She thanked him for citizenship and wheelchairs and healing.  She thanked him for a family and for her friends and for her church!  We all prayed.  We all took turns thanking Him for all he has done.  It was beautiful.  It was not at all what I imagine this conversation to look like.  Jesus took something that was broken and molded it into something beautiful.  I saw healing replace hurt, and pain turn to joy.  I realized in that moment the difference between the angry adopted child and my Lily was Jesus.  I don’t have to fear her future because He already has it.

This adoption journey has been hard.  For all of us.  We have all had moments of despair.  Of joy.  Of hurt.  Of anger. But EVERY SINGLE TIME God turns it all back to Him and fills us full of hope and joy.

This kid of mine will change the world.  I told her the other night when her eyes were full of tears, she might have been left, but she was chosen.  Chosen by God, chosen by us, chosen by her grandparents, chosen by her friends and that she will forever be wanted and pursued.  She is loved and safe and home. 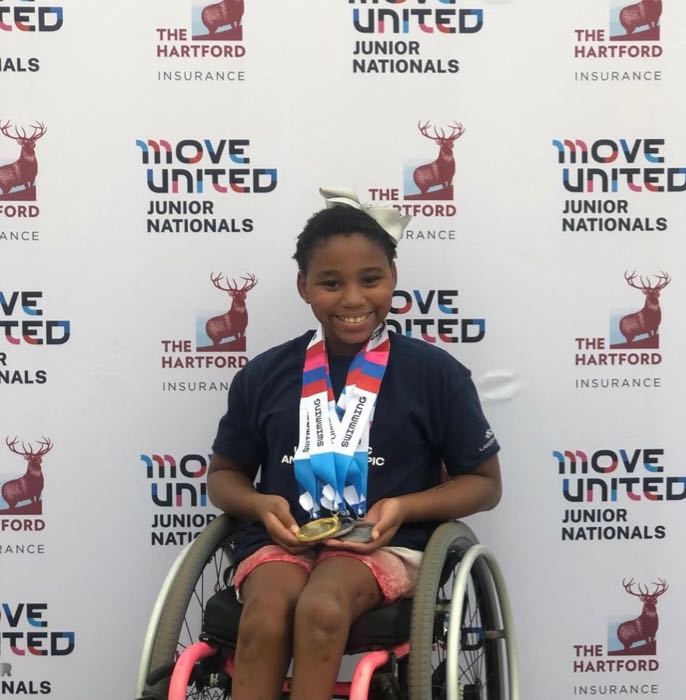