In Their Own Words: The Apecena Story

Why don’t we have kids of our own?

It’s a question we are asked every now and then as people are curious about our adoption decisions. While the phrasing is not my favorite, I welcome the question. We would say that our children are our own because we are raising them, we are their parents. But I know what people mean to say. They want to know why we don’t have biological children. Fair enough.

Before we got married, Fede and I decided that we would initially form our family through adoption. Both Fede and I have had impactful experiences of orphanages and close relationships with orphaned or abandoned children as young adults. Through that, the desire for those children to experience a loving home and family naturally develops. 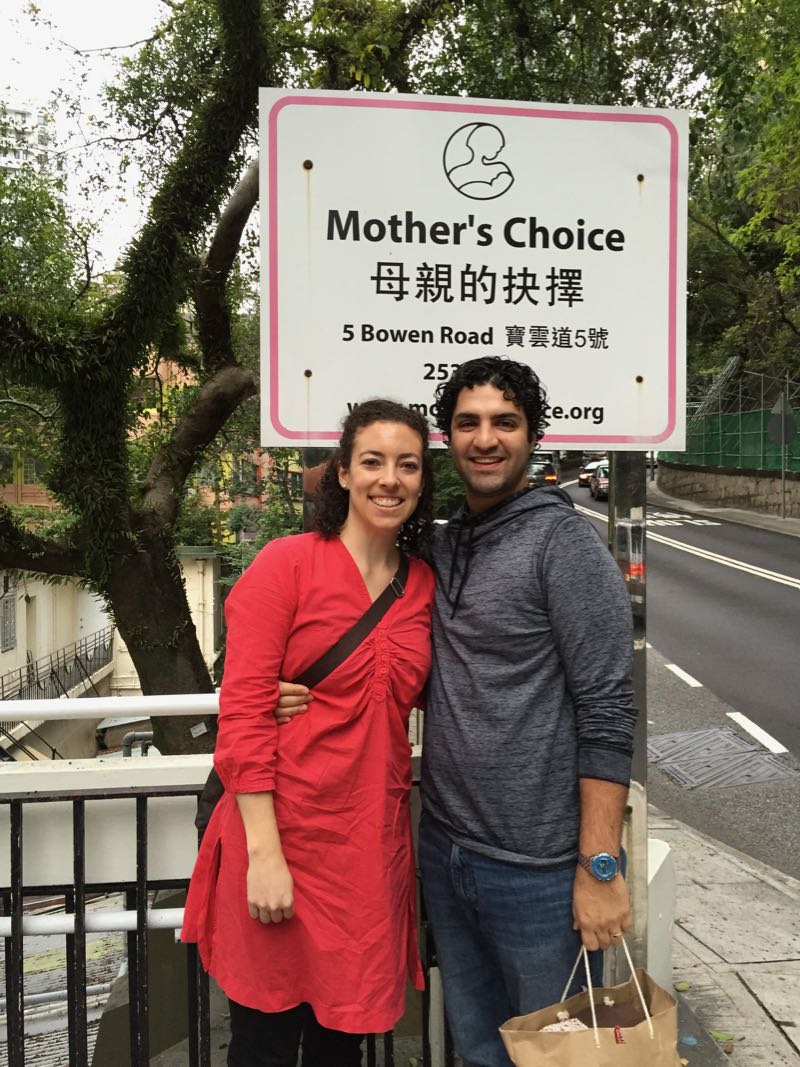 I lived in Morocco for a year when I was 22 and spent a lot of time at an over-crowded orphanage. A profound longing grew in me for the children I spent time with to know be free and be loved. That is the direction in which my maternal instinct was led. I no longer felt inclined to form family via pregnancy; I wanted to share life with these children who already existed and so desperately needed lasting love.

Three or so years into married life, we felt ready to start a family. Unconcerned about where the child came from, what was important to us was to adopt a child who already existed in the world and was awaiting a family. Initially, we thought we’d work with the local system, so we became certified as foster parents. We got to the end of the process only to realize that we would be terrible foster parents; that what we really wanted was to bring our first child into our family permanently.

After much research we dove into international adoption. We started that process with Uganda in mind until we learned about the trafficking happening there within the adoption world. We shifted to the Hong Kong adoption program, which consists only of waiting children (those who are a little older and/or have “special needs”) because infants and healthy children all get adopted fairly quickly within their county.

For a good while we didn’t put a lot of thought into what it would mean to raise this child to know their cultural identity. Up until we were matched with Kin (pronounced ‘keen’), we were mostly focused on what it would be like to raise a child with disability. The process took a total of 18 months and, for the larger part of that time, we were preparing ourselves to adopt a child with intellectual/developmental disability (IDD), likely, a child with Down syndrome. In the Hong Kong program, the vast majority of the children have IDD. In fact, we “said yes” to two children with Down syndrome prior to Kin and were simply not chosen as their forever families.

Kin’s profile came to us as a large email attachment of primarily medical records. We were overwhelmed by his diagnoses and medical needs, and told our adoption coordinator that we were unsure. Then she sent us a video of this little guy, so full of spunk and joy. We fell in love. We were chosen to be Kin’s forever family. He was four years old, and via the videos they would consistently send us, we could see that his intellect and communication skills development were advanced. Before we travelled to meet him, we made a plan for him to have regular Cantonese classes, watch and listen to Cantonese shows and music, and have books in Cantonese in hopes that he could keep his mother tongue. The fortification of the fullness of his Hong Kong identity would become an ongoing learning process. 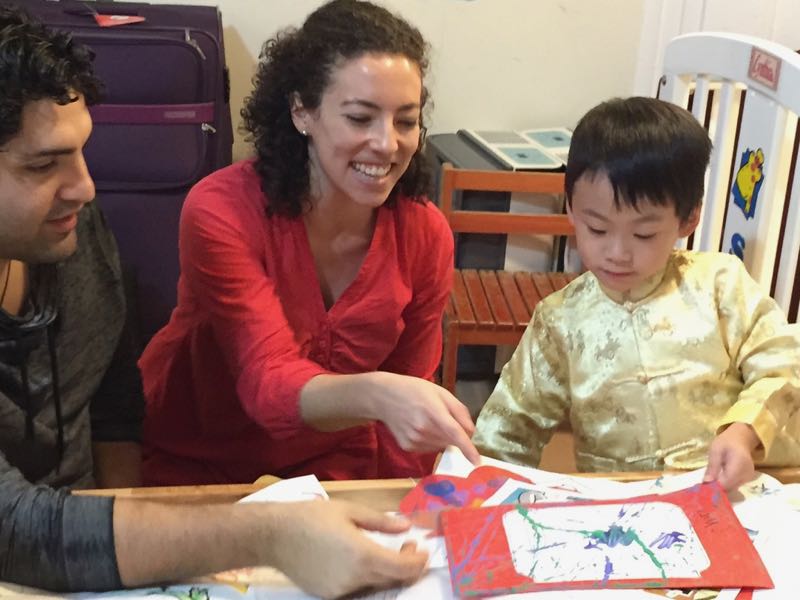 We moved to Uruguay only one year after adopting Kin. Unfortunately, there was no maintaining much of any Chinese culture in Salto, Uruguay. There were many wonderful things about our time in Uruguay, but holding onto Kin’s language and culture was not one of them. He lost his Cantonese. (There was not a single Asian within hundreds of miles of where we lived.) We ended up finding an online program for him to take Mandarin language courses. We figured, between nothing and the chance to gain a Chinese language that connects him to the broader Chinese community, it would benefit him greatly to learn Mandarin.

Moving to Atlanta in 2018 was a great blessing in this regard. Atlanta has a large Chinese community and right away we found a Chinese culture and language school, mostly attended by Chinese children. There he has had awesome opportunities, not only for language learning, but for cultural connection and learning. The school offers things like Chinese yo-yo, crafts, ping-pong, guitar and, his favorite, Kung Fu and calligraphy. In the Atlanta area, we have the opportunity to partake in Chinese celebrations and festivities, not to mention, awesome Chinese cuisine. Kin loves history and learning about his people and his roots has been very empowering for him. He is proud to be from Hong Kong.

As soon as we moved back to the U.S. we began our second adoption. In making this decision, it felt important that Kin be able to share cultural identity with his sibling. The other adoption programs we explored were in Latin American countries, but it felt unbalanced to adopt a Latinx child and for Kin to be the only Asian in our family. We were led in the direction of the China adoption program. It is, sadly, very large; there are millions of orphaned and abandoned children in China. The positive side is that it is a trusted and organized adoption process. ZiXin (pronounced ‘tzuh-sheen’) had just turned five when we adopted her; we became a family in July of 2019. 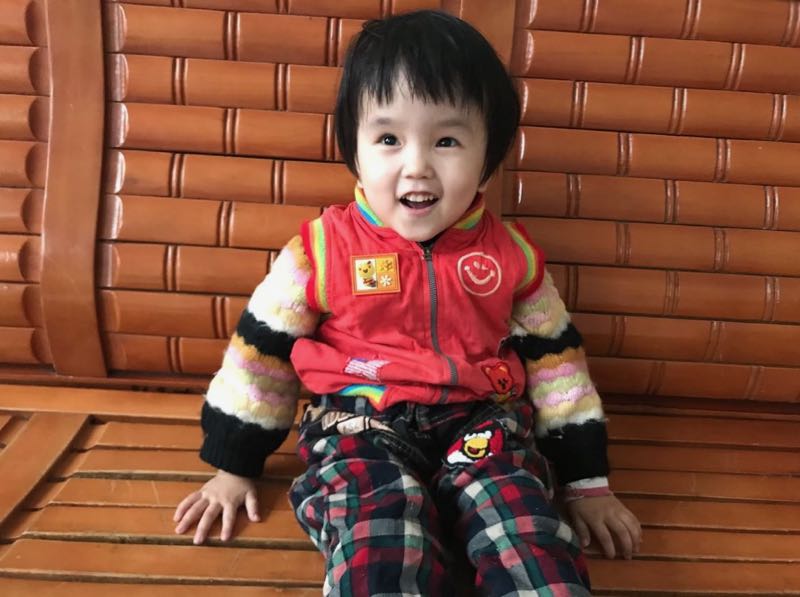 After having our period of “cocooning” with her for a few months, she joined Kin in attending Chinese Culture School every Saturday. She loves it. We will encourage ZiXin’s culture and identity just as we have Kin’s, though it may look differently because of a combination of factures that affect her. We know next to nothing about the first three years of her life, except for that she was born with spina bifida and hydrocephalus, both of which went untreated for the first year of her life. Hydrocephalus is an accumulation of fluid on the brain, which causes damage and affects development. Around the age of three she was left at an orphanage in her province and that’s really all we know about that period of her life, but the signs of neglect and abandonment are evident. These factors profoundly affect every area of her development. Add to that an international move and new English and Spanish language acquisition, and she’s got a lot on her plate!

Adoption was always part of the plan, but the mash-up of cultures in our family was not. We continue to learn about our children’s cultures, and grow in our awareness of how to raise them encouraging the fullness of their identities. So why not incorporate some biological children now? Well, maybe we will. We do not discount the possibility. We actually were making somewhat of an effort to get pregnant when we lived in Uruguay, but nothing ever came of it. I honestly just know though…I don’t have a longing to bear children. We have now experienced two different adoption processes and two very different adopted children and we might just be content sticking to what we know.

We really appreciate the gift of this particular family we’ve been given. We stretch and grow because of it. Especially due to the fact that not only do each of our kids have their own cultural heritage, but they are also disabled. Disability is an identity. It is part of their identity, and it plays a central role in our family life.