In Their Own Words: 7 Things I Say Over and Over to My Adoptive Child That I Just Might Need to Hear Myself The following are seven things I say repeatedly to our adoptive child. Recently, I began to notice how much I could probably use hearing some of them said to me:

Don’t be afraid—there will be enough.

You are a good kid.

Over and over and over we tell our son this. When we first brought him home, he would beat his head against concrete out of the blue while crying, shocking us, frankly. Over time, he began to be able to put words to his rages, and together we pulled back some of the first thick layers covering a deep self-loathing. Today, after nearly two years of growth and progress, he still needs to hear it all the time: “Son, you are a good kid.” “No! I’m not!” “You are. You are not a bad kid.” “I am. Send me back! You’re getting angry…bwahahaha! Aaargghh, you should kill me. C’mon, hit meeee!!! “Nope. You are a good kid.” Of course, we say this in spite of whatever behavior is coming out of him, because it’s a crisis of identity, not about his failures to measure up to “normal.” He’s good because we say he is, and someday—every day, in fact, a little bit more—the behavior follows. Does not our goodness in Adam go back earlier than our fallenness in Adam? God’s original design for us was Goodness. Yes, we were born sinners in desperate need of salvation by grace alone. But my original design? My deepest, oldest identity? A child of Creator God. Because of Christ, I’m a good kid. 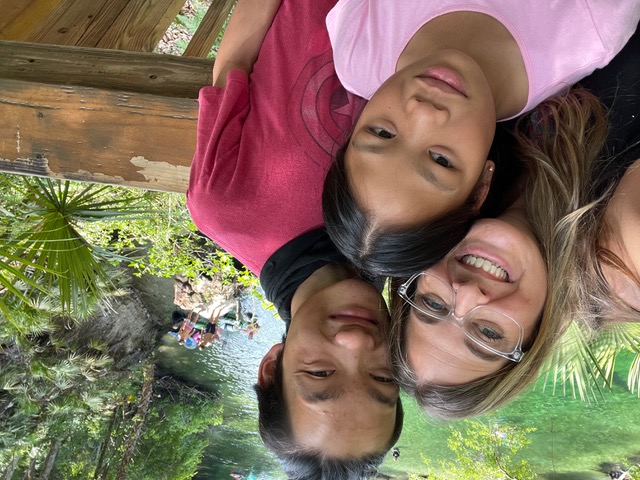 Everett needs to hear this from us big time. He constantly translates his lack of felt safety into a need for taking control. Of everything. There does not exist a family situation that he cannot ruin at any moment by attempting to be in control and then getting angry and stuck when he doesn’t get to be. “Hey, little man, listen - I’m in charge. It’s safe and it’s good for Daddy to be in charge. I’m doing the job God gave me, and doing my job is for your good. Everett being in charge isn’t safe for anybody, especially Everett. Can you think of anything good that ever came from you trying to be in charge?” Thankfully, there is an ever-growing and always-recent body of evidence that helps him see that we’re right. Do I see that God’s always right? Sure, we’re far too sophisticated to ever really say we should be in charge and he shouldn’t. But what about when we’re confronted with deep pain? Or unrelenting suffering? I must admit that I haven’t been above questioning: “Wow, are you sure you know what you’re doing? Can you not see how your children are feeling here? Aren’t you paying attention? Are you ever going to intervene?” But nothing good would ever come from me trying to be in charge. He’s in charge.

I say this the most to Everett right as he’s teetering on the edge of a rage. Sometimes I reach him, other times we’re doomed to soon be on the floor with me trying to keep him from throwing anything else, grabbing anything else, or hitting or kicking or biting. But even with the rest of the family off to their safe place, this creator of the unsafe for some reason needs to hear me say… “You are safe. You don’t have to rage against the world. You don’t have to hurt yourself or me. Daddy is not going to hurt you. No, I’m not going to hit you. We’re not going to leave you. You’re safe.” He needs to hear it. It’s beginning to get through. I have doubts for my own safety in life, too, though certainly more philosophical: Will I ever get to have a job that I look forward to getting up in the morning to do?  Will joy and peace ever return? Will suffering along with this kid dominate our lives forever?  Will we be able to dream again? Are we doomed to retire having never done any one thing more than a few years at a time? How are we going to live in our old age? How are we going to be safe? 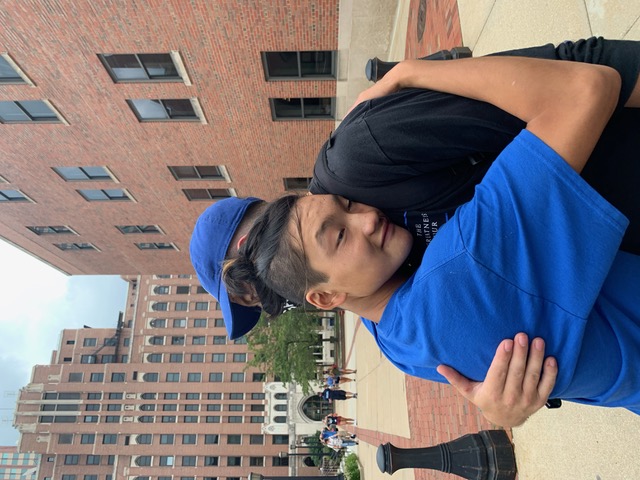 With a rage in full tilt, I’ve come to the realization fairly recently that nothing is more worthwhile to say to Everett than truth about our relationship. When we first got him this would have been meaningless. Everett has had to learn that “Daddy” is a good thing. He didn’t know that from having a biological father who was bedridden, didn’t seem to treat him with any kindness that we can tell, and then proceeded to “abandon” him simply by dying. But now, with months of the cycle of need being met and of laughing and playing and tickling under our belts, me as “Daddy” has great power in breaking through to his true self. He has begun to be able to rest in, to lean into, the fact that he can trust me. “Everett, wait. Everett, listen. It’s me!”“I hate you!!! You’re a monster! You hate me!” “I don’t hate you. You know I love you. And you don’t hate me. Look at me…it’s Daddy.” And he knows me. And who I have become to him has begun to carry some weight, so I don’t bother anymore trying to say much else to reach him when he’s far away like that. “Everett, it’s me. It’s Daddy.” My far more normal childhood means that my difficulties in hearing God say “It’s Daddy” aren’t about anything negative in the term, they’re about disbelief that Almighty God would actually act like that to me. However, and thankfully: The Spirit you received does not make you slaves, so that you live in fear again; rather, the Spirit you received brought about your adoption to sonship. And by him we cry, “Abba, Father.” Romans 8:15 NIV

It’s not your fault.

Everett is always remorseful after a tantrum, with a spirit like putty in our hands in the minutes following. The first thing he often needs to hear from us is that it’s not his fault. It’s simple fact: abused people often blame themselves for their abuse. “But, Everett, all this giant, huge piece of ugliness that just came out of you is because of what they [and we name some of them] did to you. It’s not your fault. This junk is everything the Enemy wants, and they [and we name some of them, and pray over him] want to never let you go free.” Growing up, I don’t recall much struggle with thinking about things being my fault. I was more likely to think pretty highly of all I’d gotten right. Nowadays, though, I’m no stranger to the fight against feelings of failure about what I seem to have gotten wrong. And I can’t help but wonder if somewhere, sometimes I, too, need to be told: “You’ve done what you could with the abilities you were given and the heart you had at the time to do them with. Yes, you’ve made some messes along the way and life doesn’t look the perfect picture that your ego would have preferred. But you have an Enemy, too, and not everything that hasn’t gone right needs to be chalked up to ‘your fault’.” So I think what I’m mulling over is this: I’m wondering if (or when) it’s possible for Yes, everything is my responsibility and No, it’s not my fault to be true concurrently.

And so life gets back to normal (well, our-family normal) and the cycle of fear and fight for control begin again. And over and over we bring him back to earth. “Enjoy the moment, Everett. Don’t worry about what’s going to happen an hour from now. Don’t worry about what’s for supper (go read the chalkboard). Don’t compare yourself to what the others may or may not be doing…enjoy what you are doing right now!” Mindfulness. Being present. 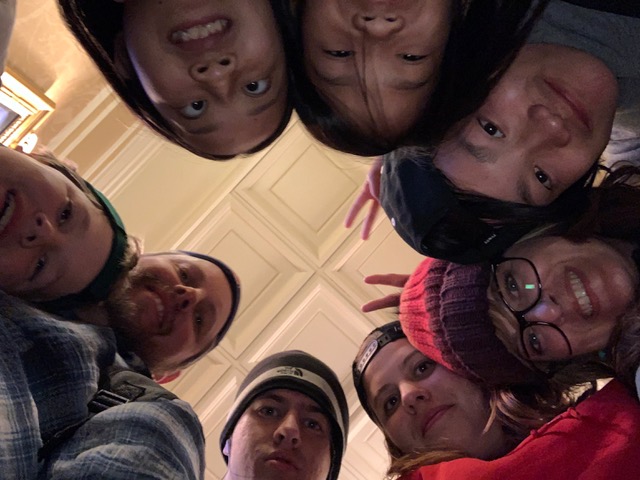 Editor's Note: Dann and Tammy Johnson plan to bring home their seventh child later this year through the assistance of a TTF Adoption Aid grant. The child mentioned in the above blog is one of their other sons, Everett.