A Ride to Healing: A Story from the Tebow CURE Hospital If you broke your elbow today, chances are good you’d see a doctor and be in a cast within a few hours or so. But that’s not what happened for a little boy in the Philippines named Ride, who had to wait nearly three years to find healing. When his mom, Dollievie, heard about the Tebow CURE Hospital, she said, “Is there such a thing that exists?” She couldn’t imagine a hospital where her son could finally receive affordable treatment.

Ride gets his name from his father, Ridel, but it also speaks to his busy nature. He’s always on the move! That quality got him into a bit of trouble when he fell from a bamboo bridge and fractured his elbow about three years ago. 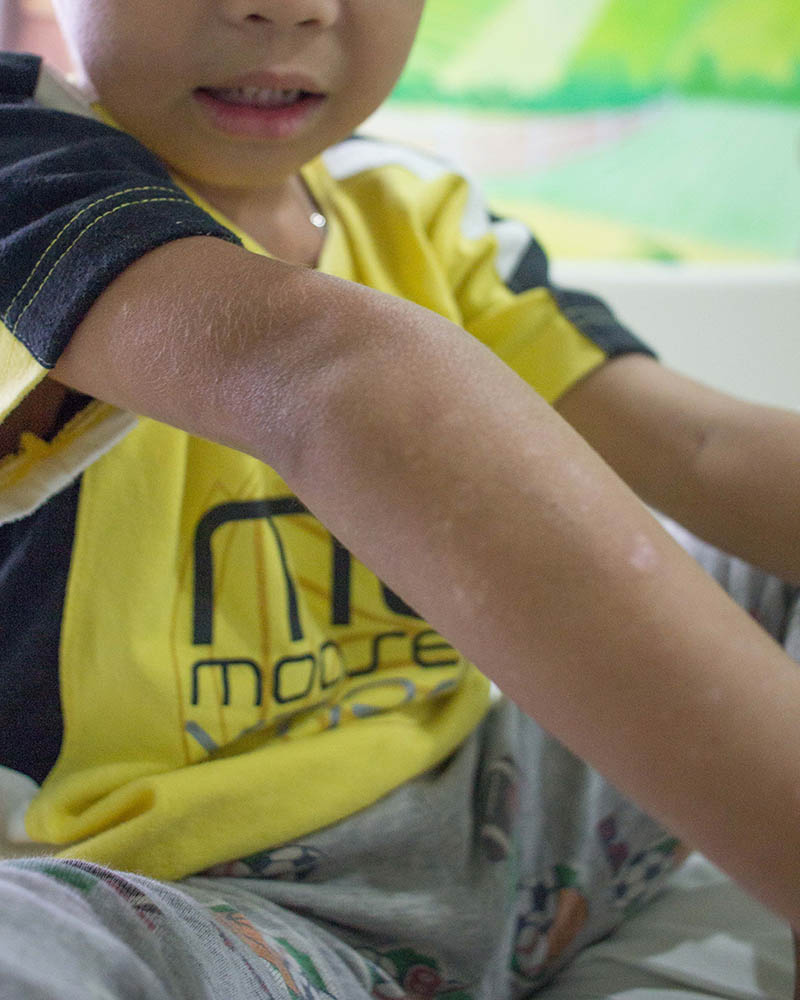 Ride is almost six years old now. That means for half his life, he’s lived with this broken bone.

It might not seem like a significant injury from his photos, but you’d be surprised at how much a fractured elbow interferes with everyday life. Ride is very active and motivated, so he doesn’t let his disability keep him down for long, but there are plenty of things that would be much easier if he had the full use of his arm. His favorite sport, basketball, is the first thing to come to his mind.

He also loves going to school and wants to learn how to write, but because he’s right-handed, he hasn’t been able to yet. School is also hard sometimes because of the bullying. Other kids call him “singkaw,” which means club-handed. Ride says, “It makes me mad when kids bully me, but I still like school. I like to read and I’m learning English. Someday, I want to be an engineer.”

For awhile, Dollievie wasn’t sure if that dream would ever become a reality. She says,

“We heard about the Tebow CURE Hospital from our neighbor who also had surgery. Prior to that, we’ve never been here. We heard that this hospital was going to help us and attend to our physical needs, but then I wondered, ‘Is there such a thing that exists?’

“I went to another hospital where I wept because they asked so much from us. It was more than 100,000 pesos (about $2000). So who would believe that a hospital like this exists, right? But they told me that I should just go and try, so I did. I couldn’t believe that they would help. My expectations were wrong. This was different.”

Dollievie and Ride had a great experience at the Tebow CURE Hospital. Like most of the kids we meet, Ride was a big fan of hanging out in Timmy’s playroom. His surgery went well and he recovered so quickly that he was discharged just one day later, still all smiles. 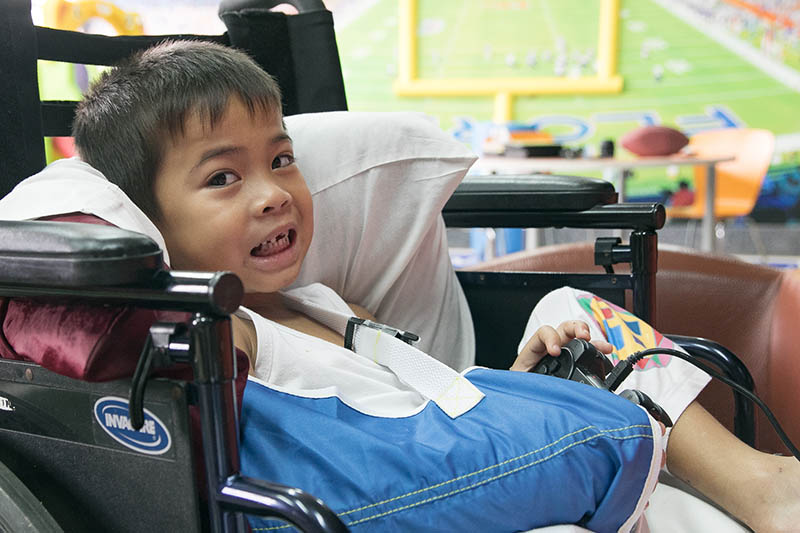 We just saw Ride for a follow-up appointment and are happy to report that he’s doing so well! His pins were removed and he was sent home with physical therapy homework so that he’ll be even further down the road to recovery at his next visit.

When asked what she’d like to say to the people who support the Tebow CURE Hospital, Dollievie told us, “I want to thank them. I want to thank those who have helped us. I can’t thank them enough. I hope they get to help other people like us.”

We’d also like to thank you! You make it possible for kids like Ride to be kids again, able to move freely and become everything they dream of becoming. Moms like Dollievie get to breathe a grateful sigh of relief. It’s an unfathomable gift, and we can’t thank you enough!