Reine's Journey to Healing From The Tebow CURE Hospital Several years ago, Reine fell and broke her leg. Any child injury is upsetting, but broken bones aren’t especially uncommon. Reine (pronounced “rain”) was fit for a cast at the local hospital, and her leg seemed to heal just fine. No one suspected anything unusual about the break, and after the cast was removed, life went on as it had before. 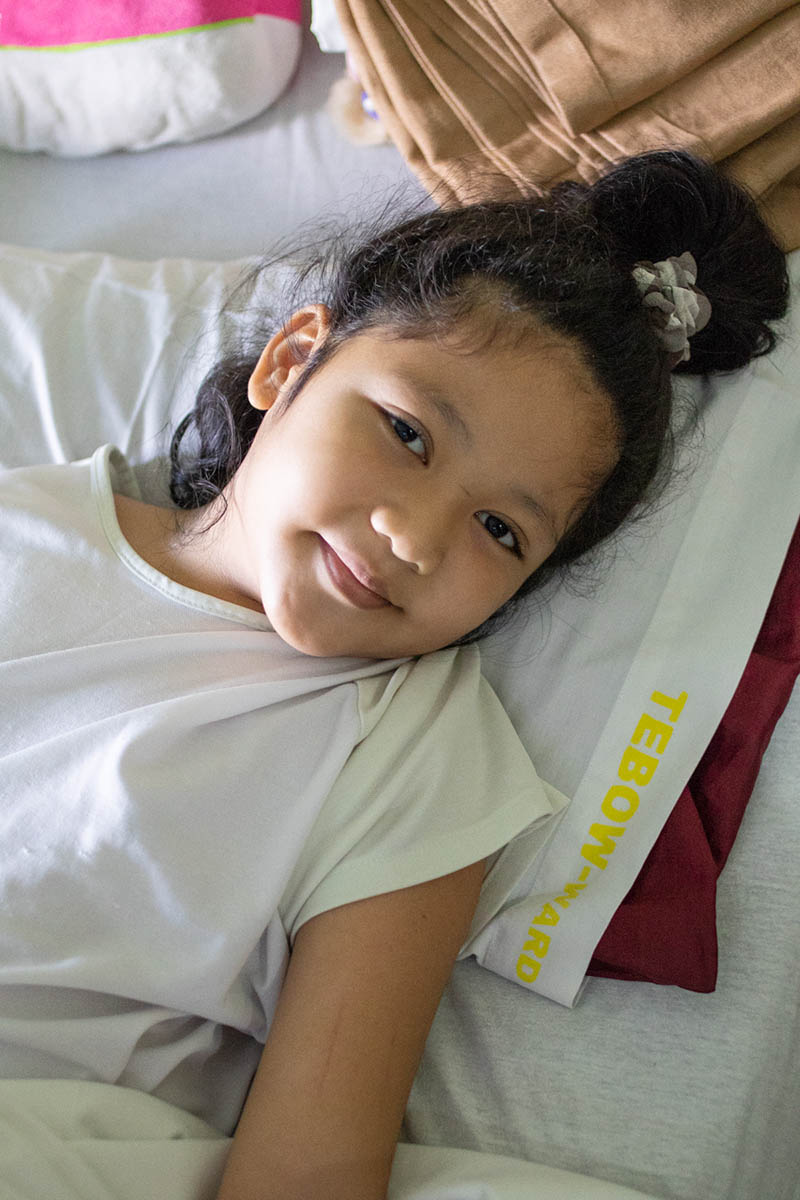 Then, in 2015, Reine tripped over her mom’s feet at the mall, and her femur broke a second time. Something seemed wrong. Commonplace stumbles don’t generally lead to broken bones. An unknown culprit was behind each injury, and a second trip to a different hospital revealed a tumor in Reine’s leg. The tumor had weakened the femur, which had led to the break. 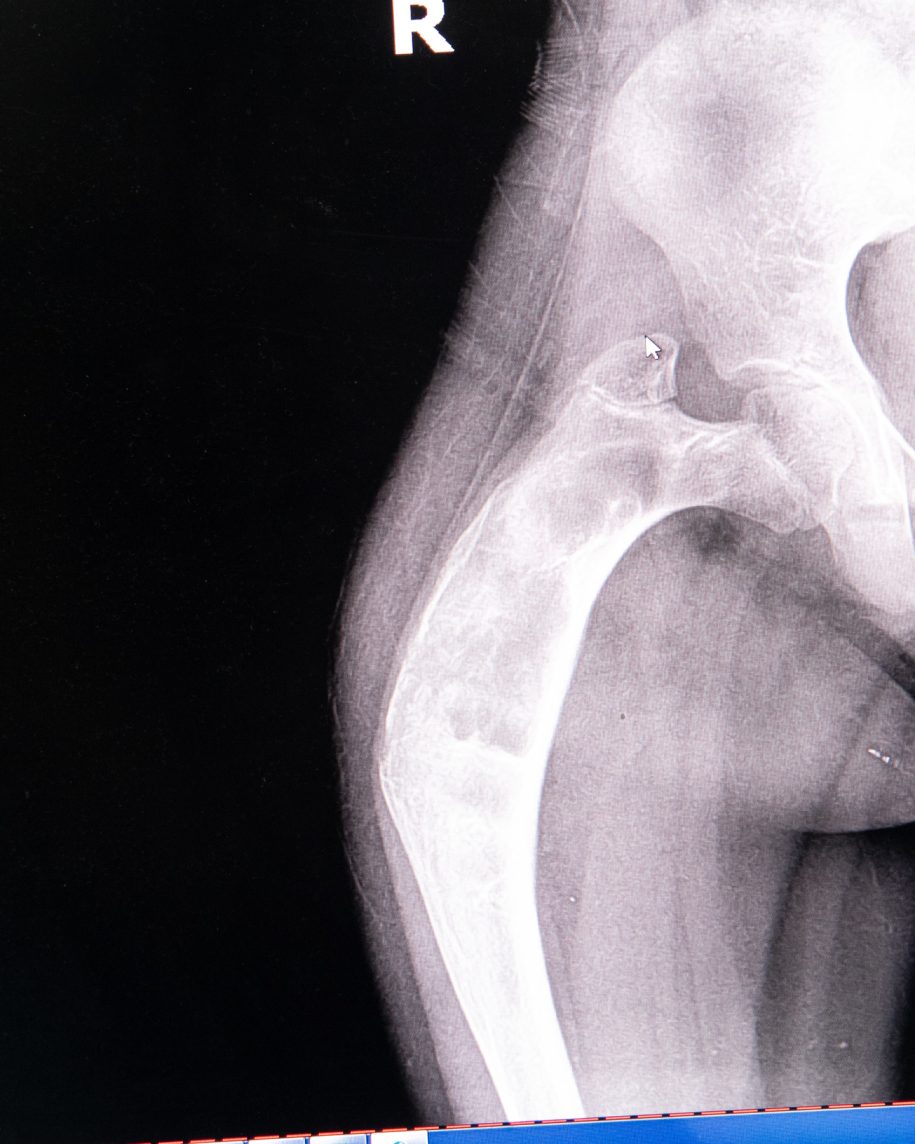 “They treated it, but her leg began to bend, and she was limping. When we went back to the hospital for her check-up a year later, it (the tumor) was still there, doing more damage,” says Reine’s father, Rey Antonio.

The tumor had caused the leg to curve, disfiguring Reine and profoundly affecting her life. At the tender age of eight, Reine was resigned to living an inactive existence.

“My younger brother Miggy and I are sometimes friends, but sometimes enemies! We’re only a year apart. I have other friends, but I’m not very playful. Instead, I like to color and draw,” she says, matter-of-factly. 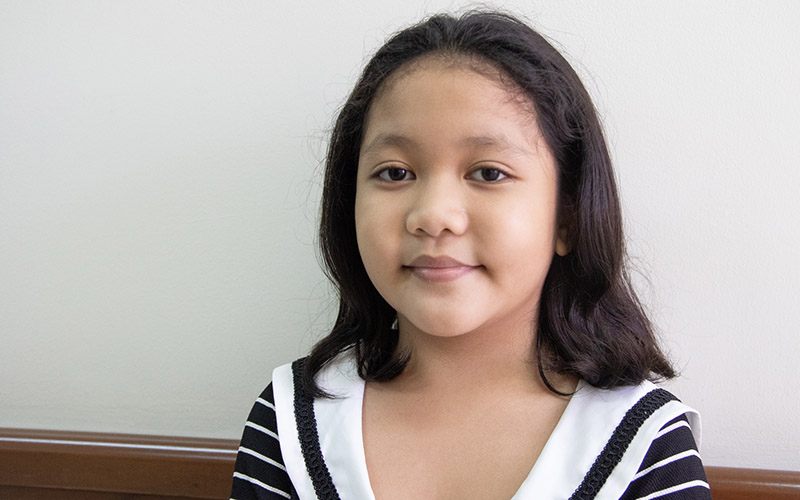 Reine’s parents had heard about the Tebow CURE Hospital years ago, but the far distance had kept them coming in for an evaluation. When they finally made the trip, Reine’s prognosis was hopeful. Reine’s leg could be healed, but the healing process would be long and arduous. First, the tumor would need to be removed from inside the femur. Next, the broken leg would need to be straightened. Finally, Reine would have to wait for her bone to regenerate itself.

“I’m not nervous or scared. I just trust that everything will be OK,” said Rey Antonio. 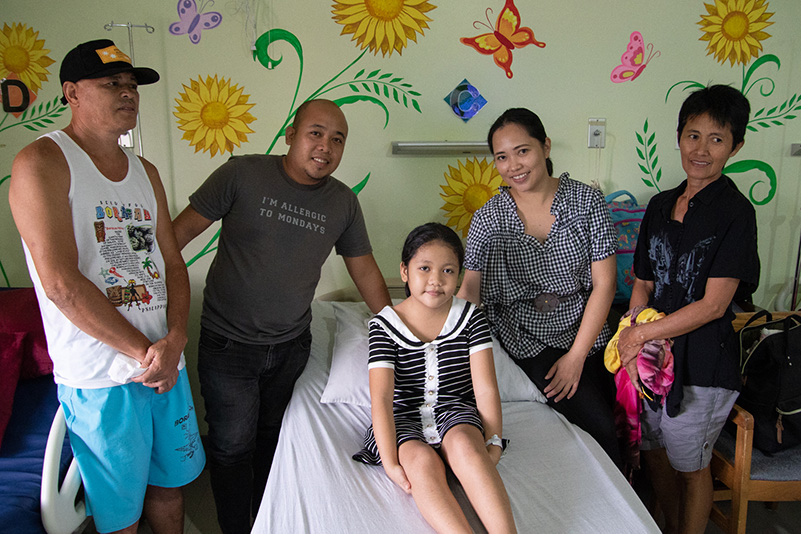 On July 3rd, Reine arrived at the Tebow CURE with an entourage! Both parents and grandparents made the trip to lend support before the surgery. The surgery entailed cleaning out the tumor, which had left a sizable gap in her bone. Doctors inserted a SIGN nail within the bone to stabilize it during the regeneration process.

Since Reine is still young, her bones are focused on growing, and they are continually working to get bigger and stronger. At this age, specialized cells, called osteoplasts, build bone faster than it can be replaced. Until Reine reaches about the age of 20, her bones will continue to get longer, thicker, and denser. When her femur first broke, her body went into a frenzy, working extra hard to repair the damage. Now that the tumor has been removed, nothing stands in the way of the body’s miraculous healing process. 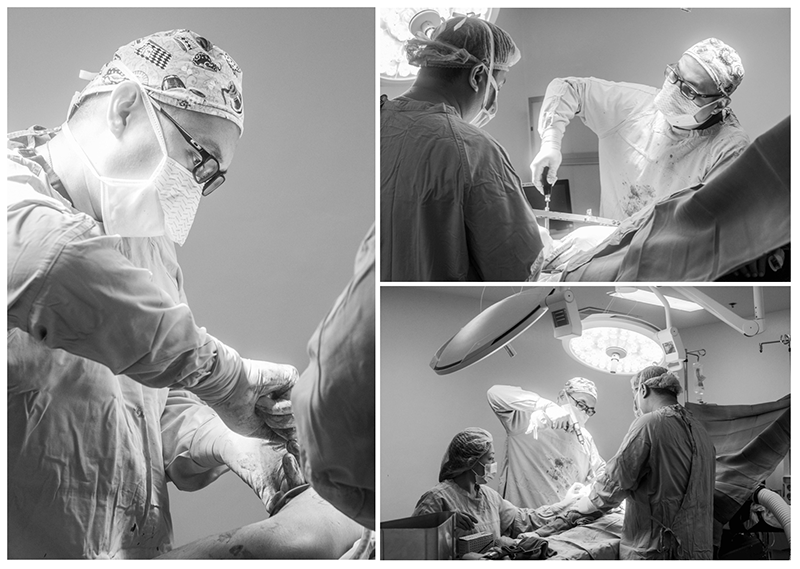 Our God is in the business of regeneration. He has the power to transform both the physical body and the human soul. Reine left Tebow CURE a changed person. She will run, play, and be able to keep up with her siblings and friends. She will have a new life. A better life.

Reine was discharged on July 5th, arms carrying a stuffed animal gifted by a CURE Tebow employee. Before leaving, her mother marveled at how straight Reine’s leg appeared, and agreed to return with Reine in a couple of weeks for a check-up. As the family departed for home, our staff got to witness God’s grace and goodness shine through the smiles on their faces. 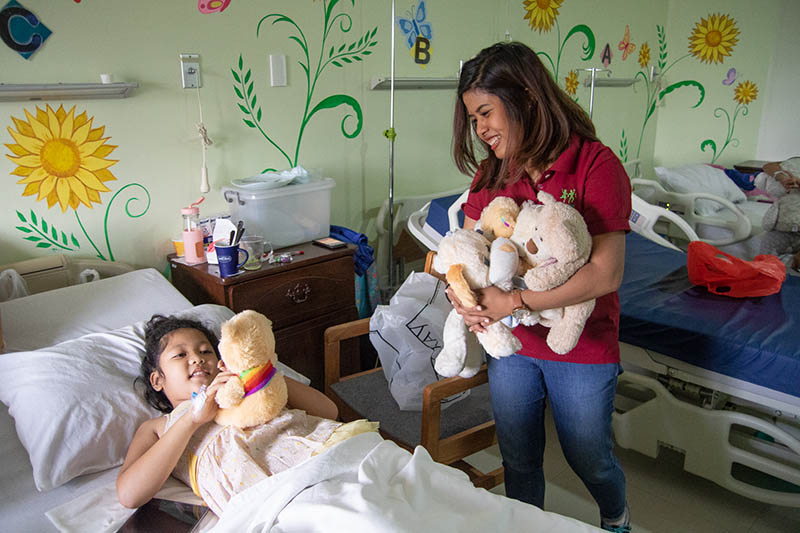 To help us continue serving children in the Philippines through the Tebow CURE Hospital, we humbly ask that you consider donating today.

“He saved us, not on the basis of deeds which we have done in righteousness, but according to His mercy, by the washing of regeneration and renewing by the Holy Spirit … “ Titus 3:5