The Tim Tebow Foundation has been so blessed to have supporters that not only give of their time to volunteer for events, but fundraise to help us bring Faith, Hope and Love to even more people in their darkest hour of need. Alexis Vazquez is one of those supporters… 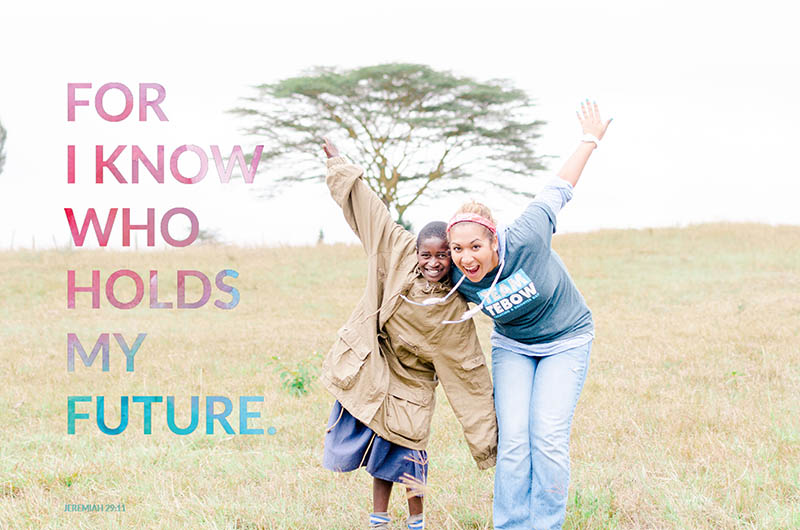 After looking deeply into what God’s Word shares about mountains while preparing a Bible study, Alexis felt led to a unique and momentous calling…climb Mount Kilimanjaro. That’s one God-sized calling! But the call was very clearly not to be for her own personal gain or accomplishment… the goal: raise $25,000 for the Tim Tebow Foundation – a feat she could not accomplish on her own. Her “dream big” goal led her down many paths, but one most notably, to submit a video telling Chip Gaines, co-host of HGTV’s Fixer Upper with wife, Joanna, about her dream for his #ChipStarter contest… Alexis won! She received a check for $14,000 for her dream of helping the Tim Tebow Foundation. 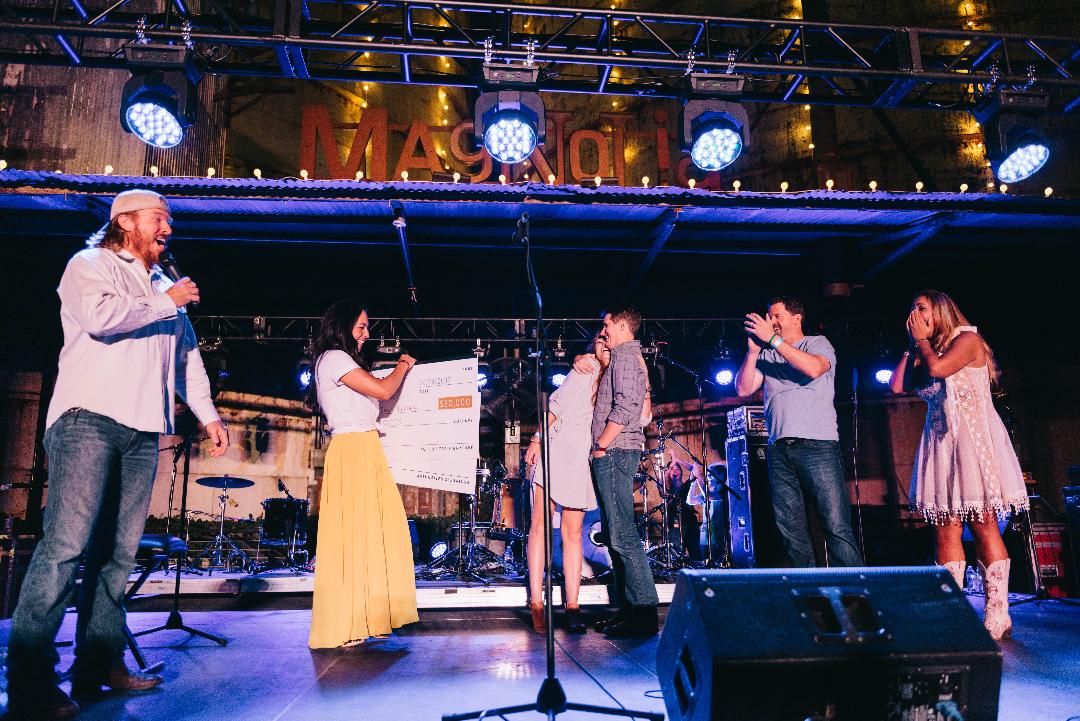 WATCH HER SPEECH AT #ChipStarter:

Alexis’ story is such an inspiration. Here is what she shares of her journey to climb Mount Kilimanjaro for TTF…

Throughout the past 4 years, I have been honored to photograph the Tim Tebow Foundation's Annual Celebrity Gala & Golf Classic. Every year, I meet countless inspiring families and individuals, young and old, who have unique stories. I've met W15H kids, former Night to Shine guests, and Tebow CURE Hospital patients. I've met kids fighting for their lives, and watched stories on the video screen of how TTF has impacted another one of God's children for the better. I've heard adoption stories and captured the way Tim will maneuver his way through a crowd that's yelling his name just to say “hi” to someone who may otherwise feel unseen or unheard. 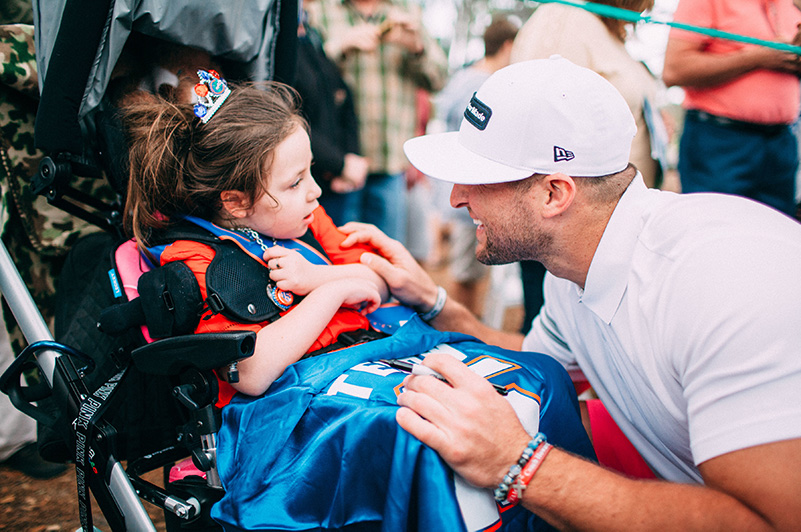 In other words, I have seen the fruit of the labor put in at the Tim Tebow Foundation and, for a while now, it has been a dream of mine to fundraise for this cause that's close to my heart; I just didn't know how. This is where I rewind the story a bit into last October. I was at JFK flying home from Norway when I saw Tim's book, Shaken, had been released. I watched a spoken word video by Clayton Jennings promoting the book, and it got me so pumped. I read the book as soon as I got home. Obviously, those who have read it know how much it talks about the highs and lows of not only Tim's life, but of those around him. Many of the stories were of people I was familiar with thanks to the Golf Classic. The book was released at a pivotal time for me. I had moved to a new city a year prior for a job that had gone south. I had no money, no friends, no job and everyone I cared about was back in Florida. It was not my finest moment, but through reading that book, I remembered that God was greater than the highs and lows, and for some reason, when I thought of highs and lows, I thought of mountains. I guess I could thank the Norwegian landscape I had just visited for putting mountains on my mind. It led me to writing an email-based Bible study called "ASCEND." I sent out an email a day over the course of 6 weeks. And in case you couldn't guess, it was all about the mountains and valleys of life. I dug deep into the Word to see what God had to say about mountains. I even researched literal mountains. It took an immense amount of dedication, introspection and study to pull off a daily study like that. But God moved. He moved in me and He moved in the people who were reading my study. After I completed writing ASCEND, I felt this urge (and by urge, I mean a kick in the gut from the Holy Spirit) to take everything I wrote in a spiritual context and apply it physically. I had talked so much about overcoming spiritual mountains, but I had never really overcome an actual mountain. So, I hope you are starting to see how these pieces are being woven together now. I decided I wanted to overcome a physical mountain, but I wanted to do it with even greater purpose, so I decided I would fundraise for TTF in the process. My little motto has been, ‘The Tim Tebow Foundation moves mountains for people, so I decided I would climb one.’

Why Kilimanjaro? Because it's name translates into ‘hard mountain to conquer.’ It's also the highest freestanding mountain in the world, so I was like, ‘why not?’ Go big or stay home is my mentality. Anyways, the whole process has been spiritual as well as physical. Fundraising is hard work. I'm usually a little reserved, so the concept of asking people for money is daunting to me. Training to climb the highest freestanding mountain in the world is hard work. I have never hiked up a mountain before and to be honest, it was never the first thing on my bucket list. But as Mark Batterson puts it in one of my favorite books, Chase The Lion, I wanted to attempt something I knew would fail without divine intervention. I truly believe God honors crazy faith, and He loves to see His children ask for the impossible. It shows we actually trust in who He says He is. I have learned that sometimes, even as followers of Christ, we don't dare dream big due to fear of failure. But having even a mustard seed of faith can give us more than we'd ever hope for. Living in doubt and fear can steal the abundant life Christ died to give us. I want to live every day inviting God to do what only He can do in me and through me. My biggest hope through this whole process is that people would be inspired to pray bold prayers, to go after something bigger than themselves, and know that God is in the mountains and valleys of our lives. He never leaves. And when we live with crazy faith, loving Him and loving others, there is no limit to what He can do.

We’re asking you to help Alexis reach her goal in support of the Tim Tebow Foundation! You can visit her fundraising page here or create your own fundraiser!