Like many teenagers, Josh McIntosh loves football (especially the Atlanta Falcons), playing video games and listening to music. Unlike most teenagers, however, Josh was diagnosed with a brain tumor two years ago. Josh’s faith in God is what got him through his surgery, chemo, and radiation. He learned to trust God no matter what happens.

Today, 15 year-old Josh is in remission and is slowly healing after a hard fight! Even though he someimes uses a wheelchair and needs hearing aids, Josh isn’t deterred from accomplishing hard things. He even claimed “Rise Up” as his personal catchphrase to show how determined he is to overcome any obstacle he faces!

Josh also draws inspiration from the way Tim Tebow lives out his faith in God.

“Tim Tebow sets a great example for other athletes and Christians on how to live through faith in God.” -Josh

We were so excited to grant Josh his W15H and give him one-on-one time with Tim! 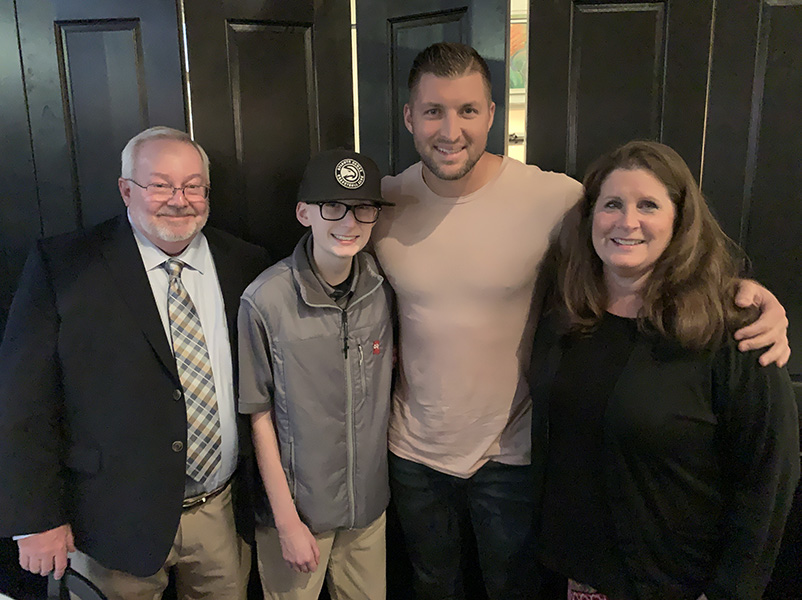 Friday night, Josh and his family enjoyed an intimate dinner with Tim. Josh and Tim talked about football, faith, and movies. We loved seeing how Josh was deeply touched by the time with Tim, who is one of his favorite athletes because of his faith and good character. 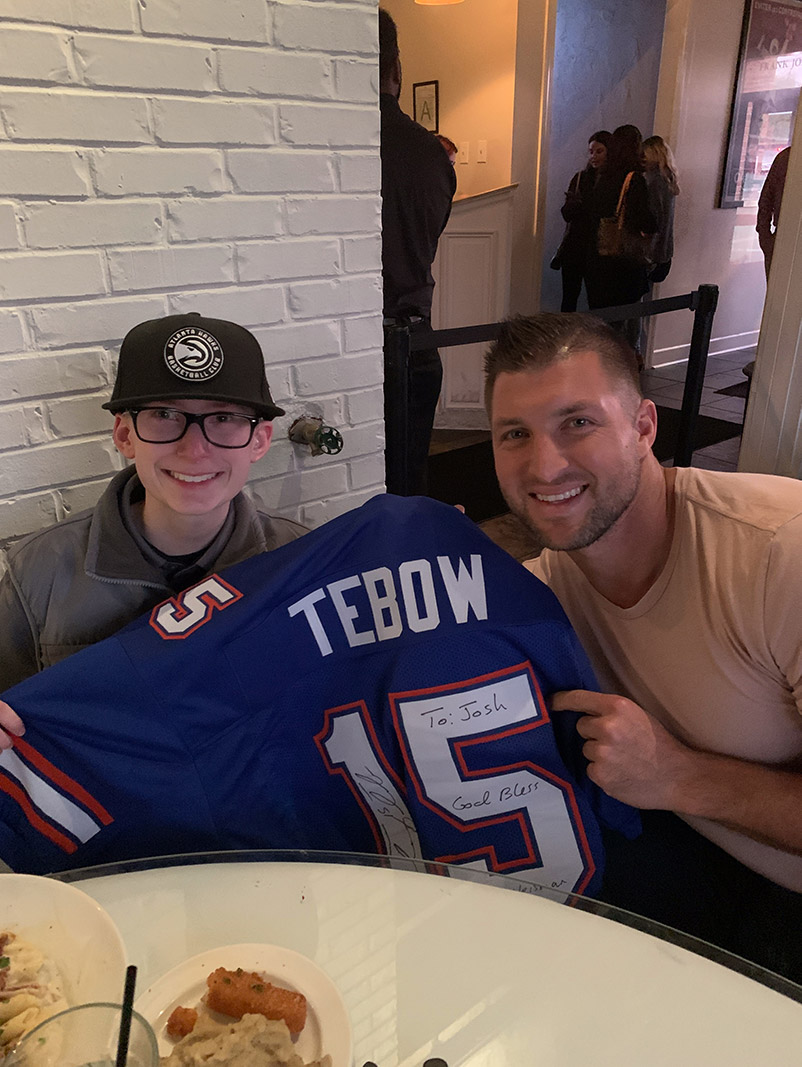 On Saturday, Josh got an exclusive tour of the SEC Nation set and time to meet the hosts and crew. Then it was off to a delicious pizza lunch! As an extra surprise, the restaurant staff took Josh into the kitchen and taught him how to make pizza. 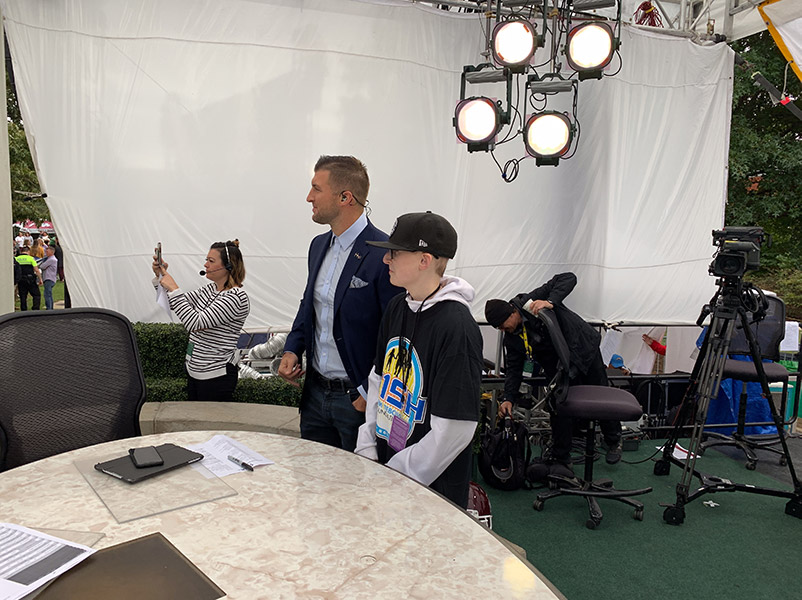 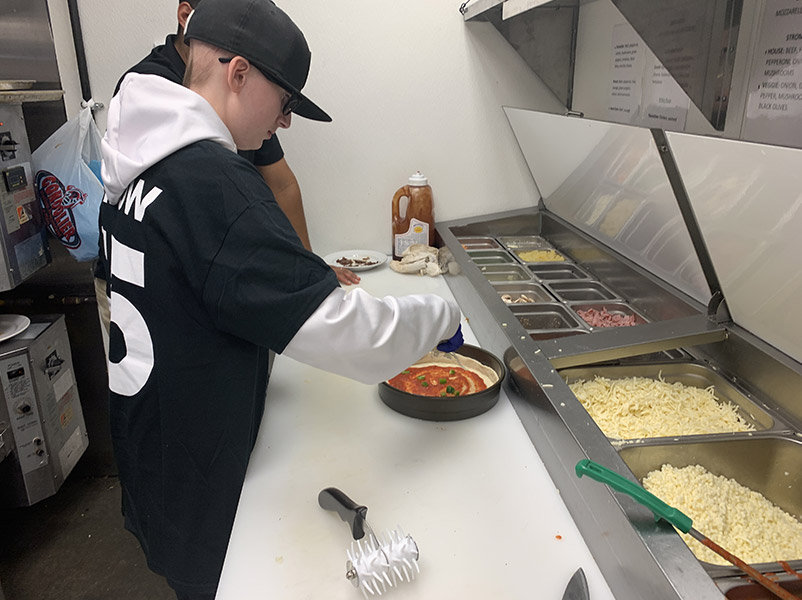 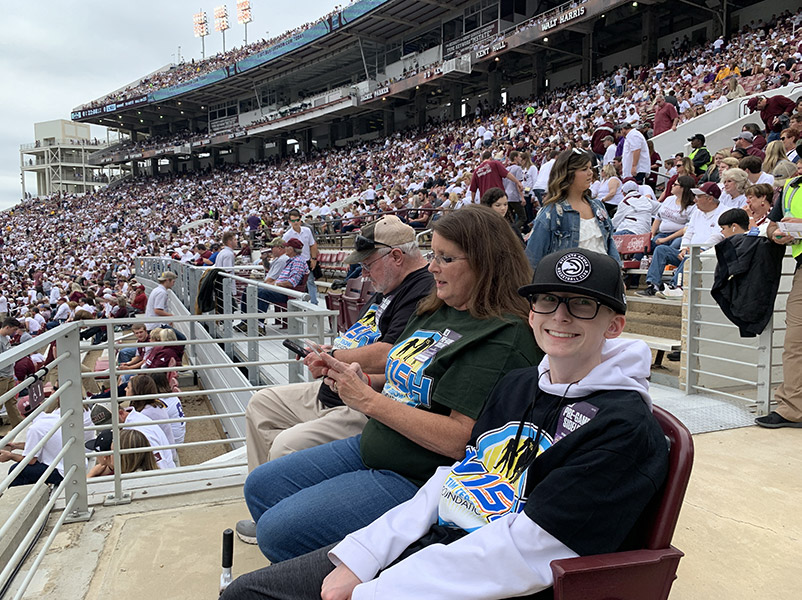 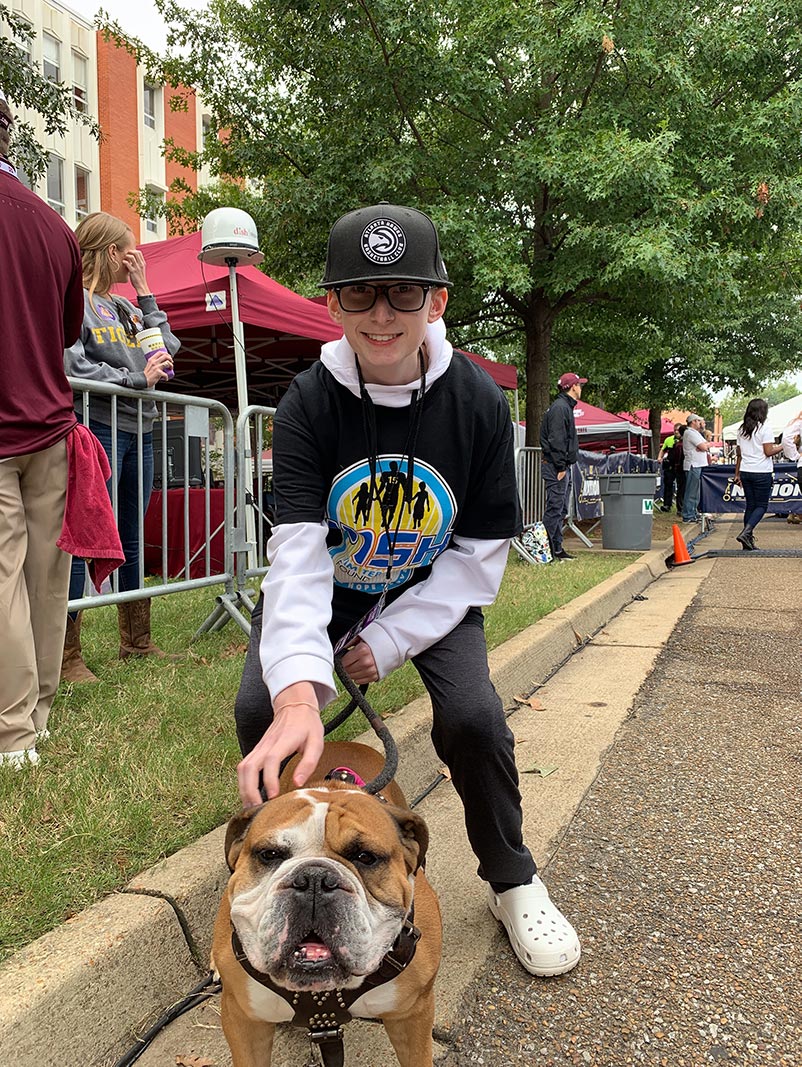 Josh was such a delight to get to know during his W15H weekend and impressed us with his empathy and how easily he connects with the people he meets. We also admire Josh’s strong faith and determination to live it out publicly. We are so excited to see what God will do with Josh in the future!

We love bringing W15H experiences to kids just like Josh, and you can help us! If you’d like to help grant a W15H to meet Tim, please consider giving online or joining The Movement.