“Eight casts!” Jhona announced. Since beginning treatment at Tebow CURE, Jhona has gone through eight casts, each designed to hold her leg and foot joints in place. This sweet, 15-year old girl was born with arthrogryposis, a congenital disorder that causes joint contractures. Both Jhona’s hands and feet have been affected. Arthrogryposis cannot be cured, but its symptoms are treatable.

Treatment is an arduous process, but Jhona endures the discomfort and tedious nature of healing with grace. In late August, she underwent surgery to fix her clubfeet. 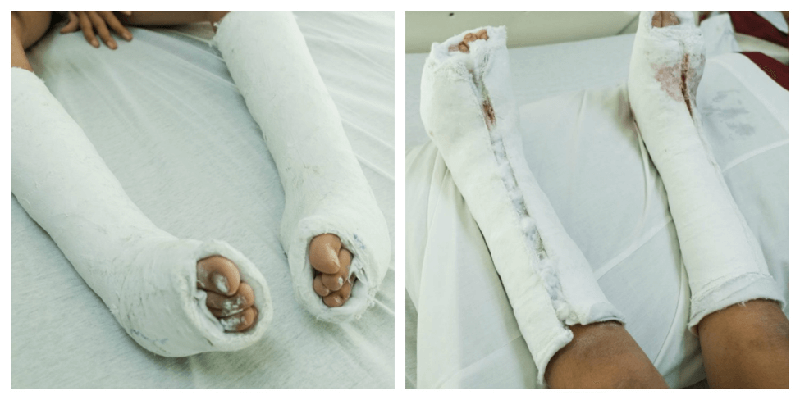 Before being wheeled into the operating room, Jhona excitement and apprehension was visibly apparent. Although happy to have her deformed feet surgically corrected, Jhona was unaware of surgery processes. When Dr. Ambo informed her that she would be asleep for the entire surgery, her relief was palpable. Nurses prayed over her and her grandmother, Teresita, watched with a feeling of peace as Jhona was wheeled away.

Teresita has been Jhona’s guardian since birth. “I live with my grandparents, and they take care of me,” Jhona told us, softly. She is a girl of very few words, but it is clear she both adores and feels safe with her grandmother.

Teresita has been pursuing treatment for her granddaughter since birth. At five months of age, Jhona received her very first cast. It didn’t work. It wasn’t until this year, when she stopped by the Tebow CURE mobile clinic, that Teresita received promising news: Jhona’s condition could be vastly improved through treatment. But one cast wasn’t going to cut it, so Teresita committed herself and Jhona to long-term treatment through Tebow CURE Hospital. 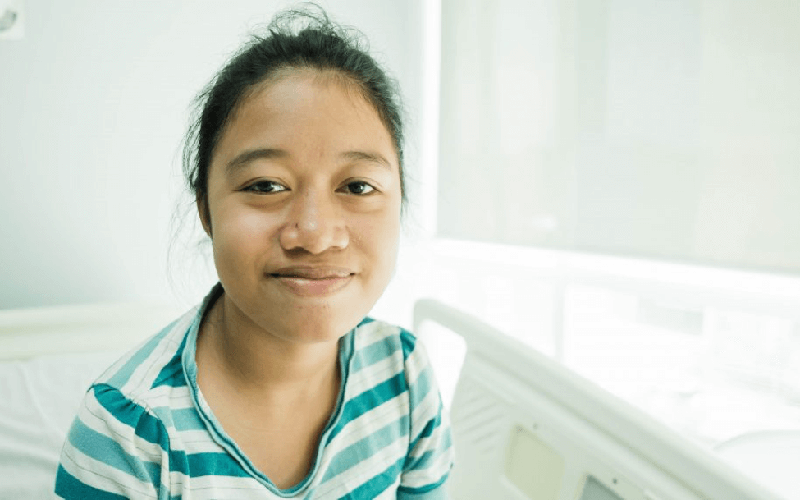 And that commitment is practically a full-time job. So that Jhona doesn’t have to quit the sixth grade, she is transferring to a school closer to the hospital. This transition is perhaps the most difficult as Jhona must say goodbye to good friends and will have to adjust to a new environment. But Jhona is keeping her eye on the prize:

“I want to have surgery so my feet become straight. I get bullied and people call me ‘bali’ (broken), but I just leave them alone.”

Perhaps Jhona’s quiet bravery is fueled by her grandmother’s prayer. A strong woman of faith, Teresita extends her wisdom and prayers to her beloved granddaughter.

“I pray that God will be in the life of Jhona and that He will stretch his arms to heal her. The doctors are just instruments for surgery; God is the one who brings healing to her,” she says.

The day after surgery, Jhona rested in her bed, and felt only slight pain. Her grandmother stayed by her side, feeding her a peanut butter sandwich as they watched television. Jhona will take some time to recover before she starts physical therapy. In November, she will finally be cast free. 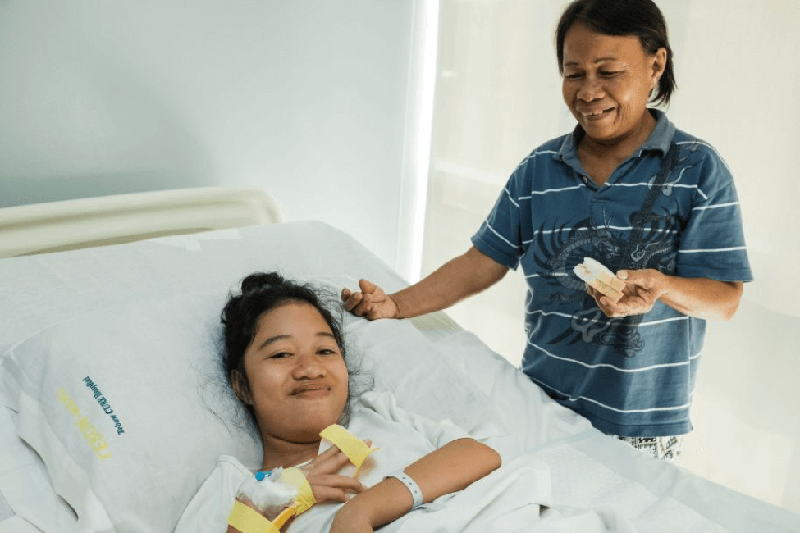 Before she began her healing journey, Tebow CURE staff told Jhona that people all around the world were praying for her. They watched as her eyes grew wide and a smile slowly took over her face. People around the world? That’s a lot to take in. And Jhona may not fully understand the miracle that is the union of so many people, from across the globe, coming together to get her better. But she does understand one thing: God authored it all, and He loves her. Her grandmother made sure she knows that.

Isaiah 41:10: Fear not, for I am with you; be not dismayed, for I am your God; I will strengthen you, I will help you, I will uphold you with my righteous right hand.