“This experience is a dream come true!” —Hayes

On November 29 - December 1, TTF was honored to host Hayes Hutto and his family for our final, fall W15H experience. Hayes was diagnosed with Cerebral Palsy in 2009 but continues to live by the motto “Be A Champ!” and clings to the verse Philippians 4:13. Jon, Hayes’ dad, remarked over the weekend: “Hayes always says to just push through.” 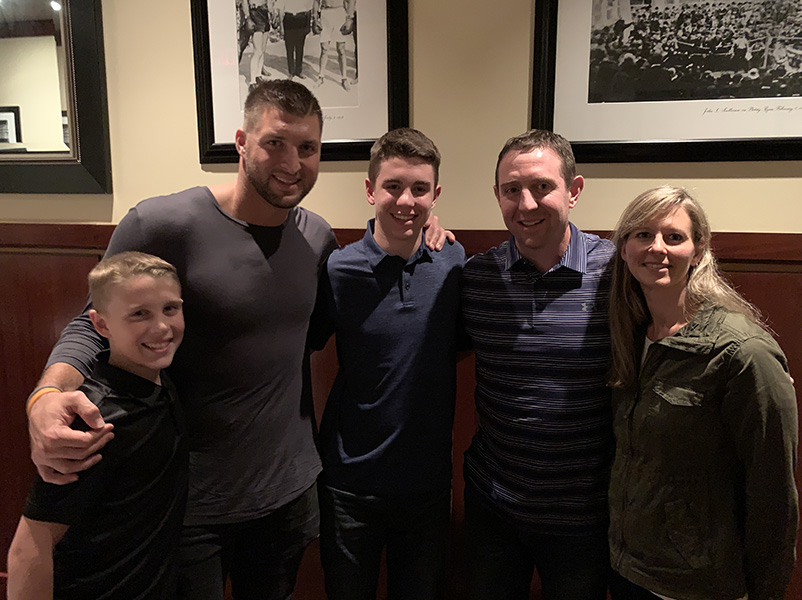 An avid and knowledgeable football fan, 10-year-old Hayes was excited to experience Atlanta, Georgia for the SEC Championship – Alabama vs. Georgia. Hayes, with his parents and brothers, enjoyed some of the best things Atlanta has to offer. The weekend began on Thursday night at Ruth’s Chris for a private dinner with Tim, where Hayes impressed him with his knowledge about football and predictions for the Championship. 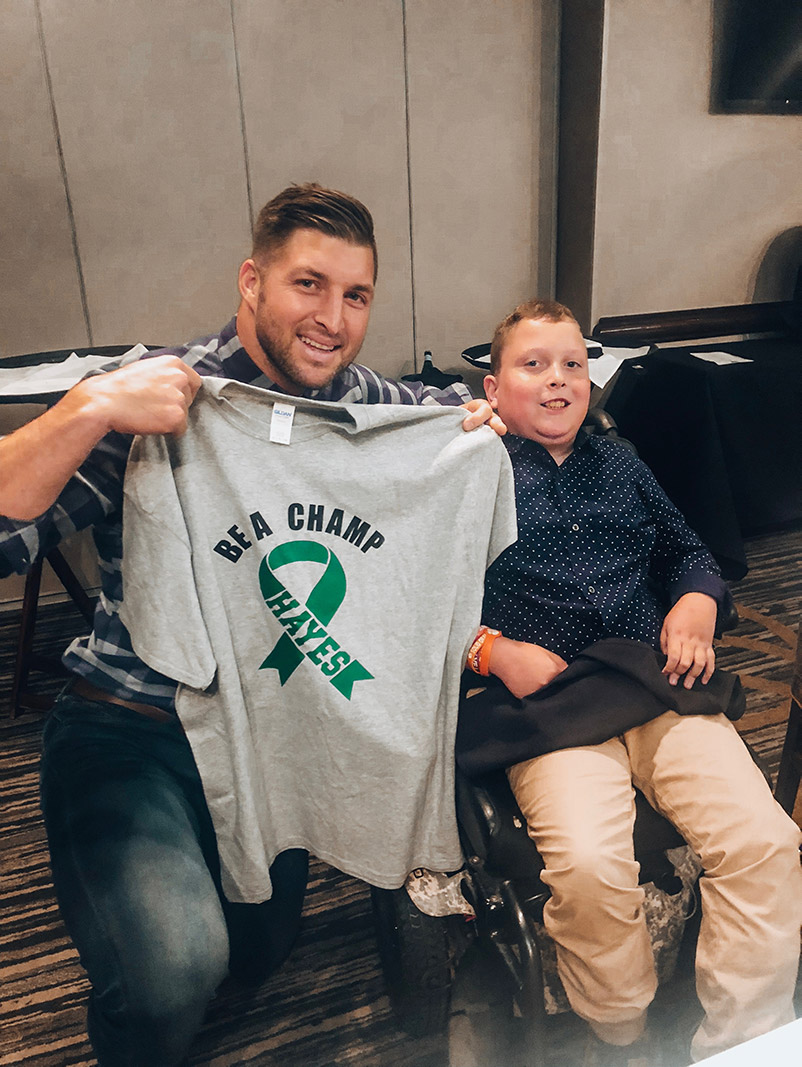 On Friday, Hayes and his family took a tour of the College Football Hall of Fame and he provided everyone with a ton of interesting facts about each player, school and team. 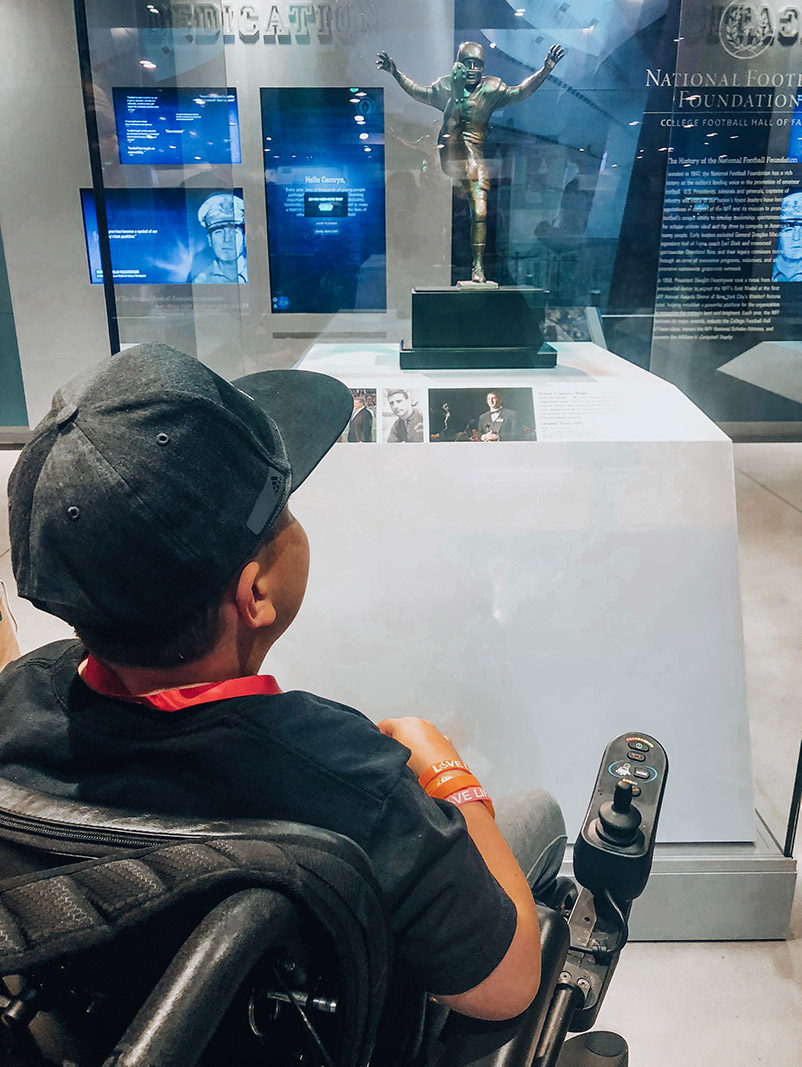 Following the tour, Hayes had lunch at the Chick-fil-A joined to the Hall of Fame before going to the Georgia Aquarium. At the aquarium, Hayes got a behind-the-scenes look and even watched the animals get fed.. 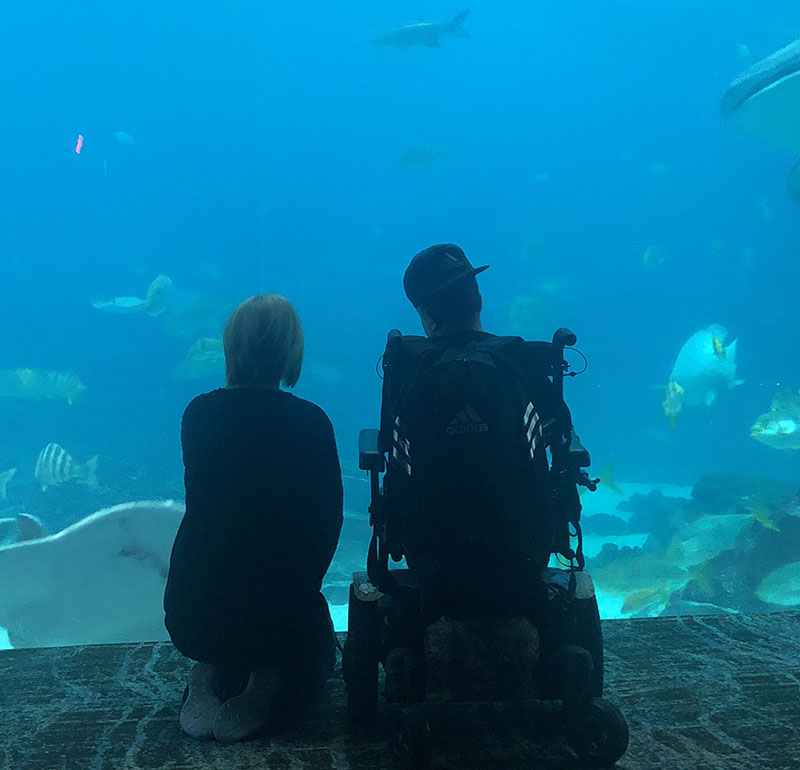 Hayes and his family rounded out the day with his favorite type of cuisine - Mexican food at Supericas.

Saturday morning began with FanFare where Hayes took pictures with the stars of SEC Nation! There was even some time to play Xbox and football before heading to SEC Nation. Hayes continued to meet and talk with the famous faces at SEC Nation including Marcus Spears and Laura Rutledge. Mid-show, Hayes was transported to the Mercedes-Benz Stadium to watch the remainder of the show from the field with Tim. 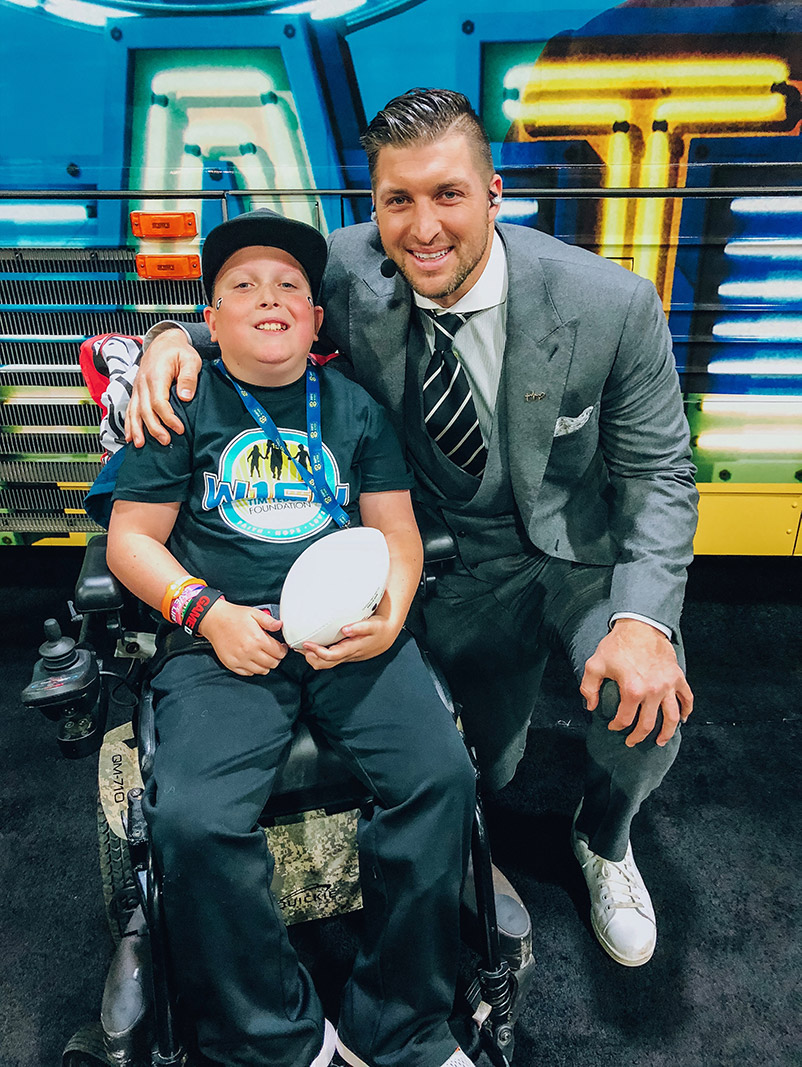 He got to watch his favorite Georgia players warm up for the game and a few of the players came over to say “hi” and take some pictures. 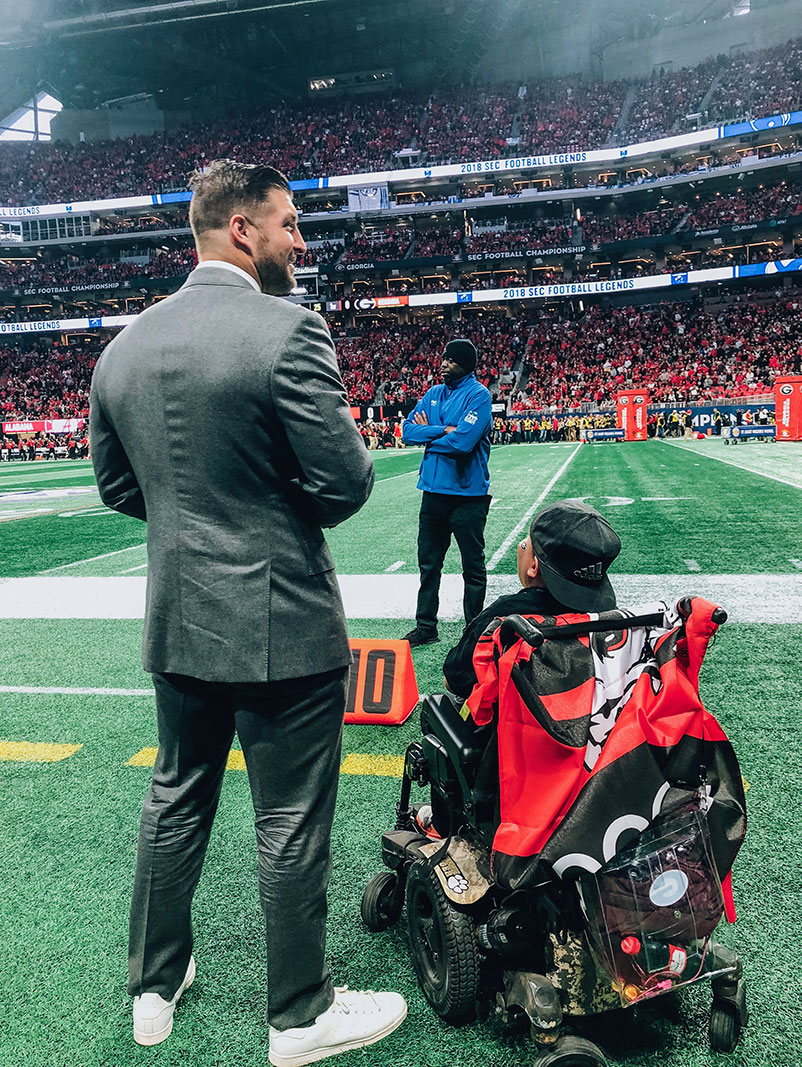 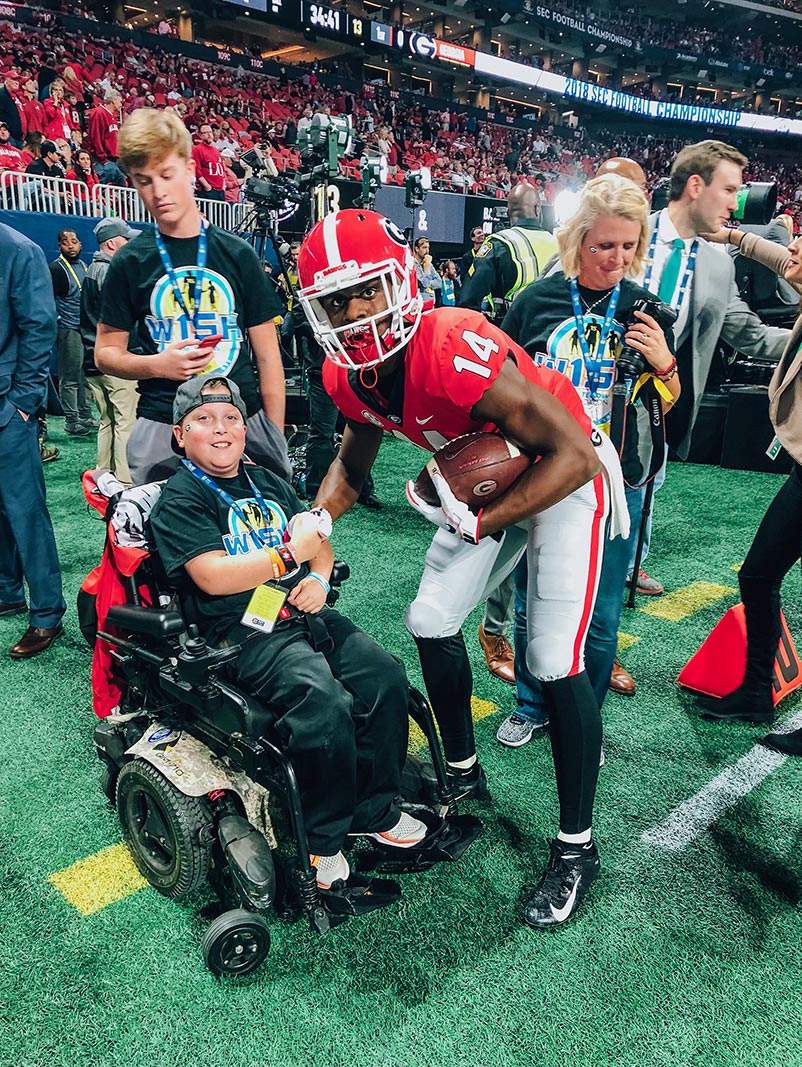 Following the game, the day was completed with a W15H version of car pool karaoke in the limo on the way back to the hotel. The perfect weekend for a true football fan…

“This weekend puts a stamp on our mission. We are so grateful, thankful, and blessed to have this opportunity.” – Jon, Hayes’ dad

Our hearts are grateful, thankful and blessed to have met Hayes, his family and so many others now a part of our W15H family this season.

Please consider helping us continue to create W15H experiences for amazing kids like Hayes by donating today or joining The Movement, our community of monthly givers! 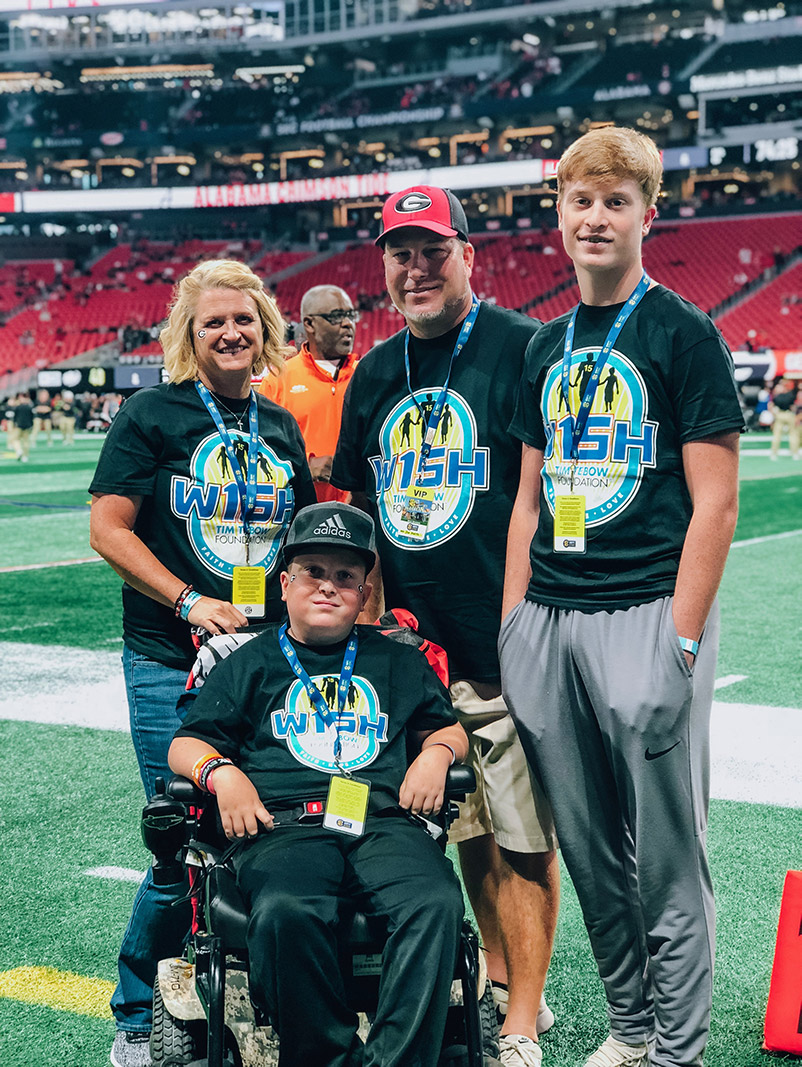