The Children in the Abandoned Shed Written by a myLIFEspeaks staff member

In June 2017, Haitian social service representatives (IBESR) showed up unannounced at myLIFEspeaks’ campus in a pickup truck with 15 children, ages 11 months - 9 years in tow. All were in need of emergency placement.

A local orphanage director had abandoned her orphanage and left the children behind. The children had reportedly been left alone for days. They were visibly traumatized, dehydrated, malnourished, and sick with whooping cough and scabies. 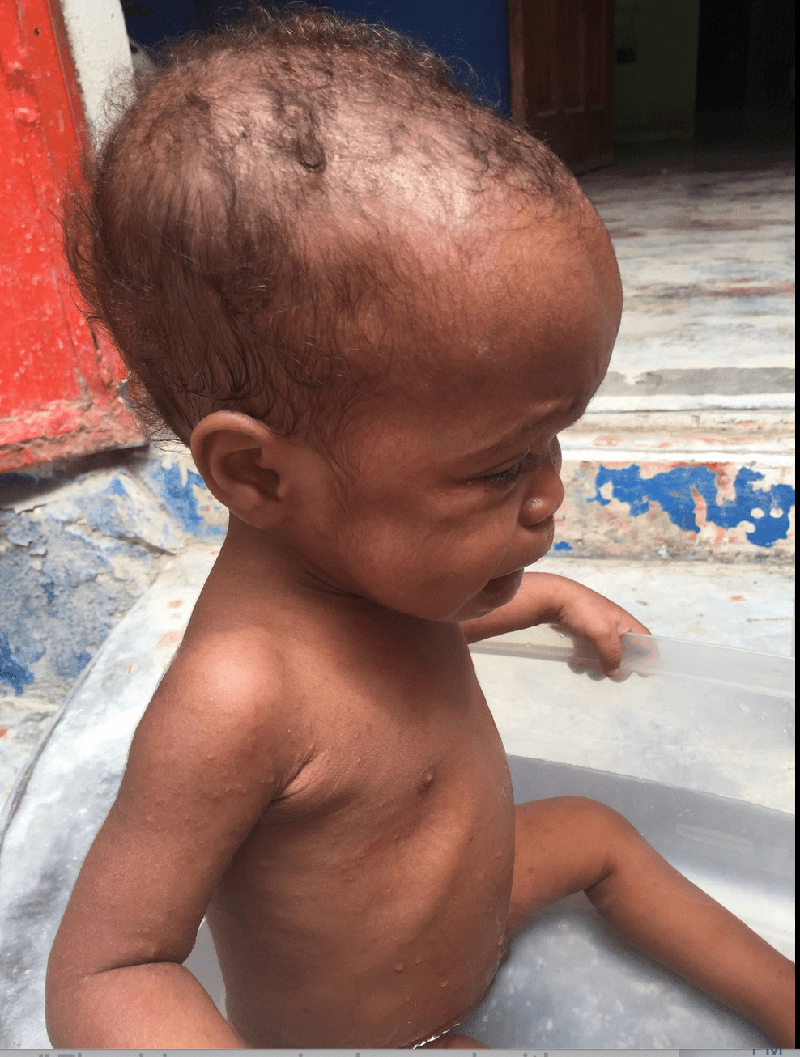 myLIFEspeaks was already at capacity but IBESR requested that at least five children be taken to help with the situation.

“Choosing just five children was incredibly difficult. it felt more like choosing which 10 kids we didn’t want. The IBESR agent had no idea what the children's names were, where they were from, their ages, or if any of the children were siblings," recalled one of the MLS staff.

Thankfully, one of the 9-year-old boys was able to name all his peers and explain relationships. myLIFEspeaks decided to take a sibling group of three so they would not be separated, as well as two more of the youngest and sickest little girls. "The rest of the children were placed back into the truck. The separation was difficult for all of them, but they had to go quickly as it was getting late in the day and they had to find placements for the rest of the kids.”

Staff members jumped in immediately to care for the five children – Sara (8), Emmanuel (Manno) (6), Michaelle (Mika) (3), Neika (5), Naikalene (Pippine) (5). They fed, bathed, clothed, and held them as the staff figured out where they would stay. 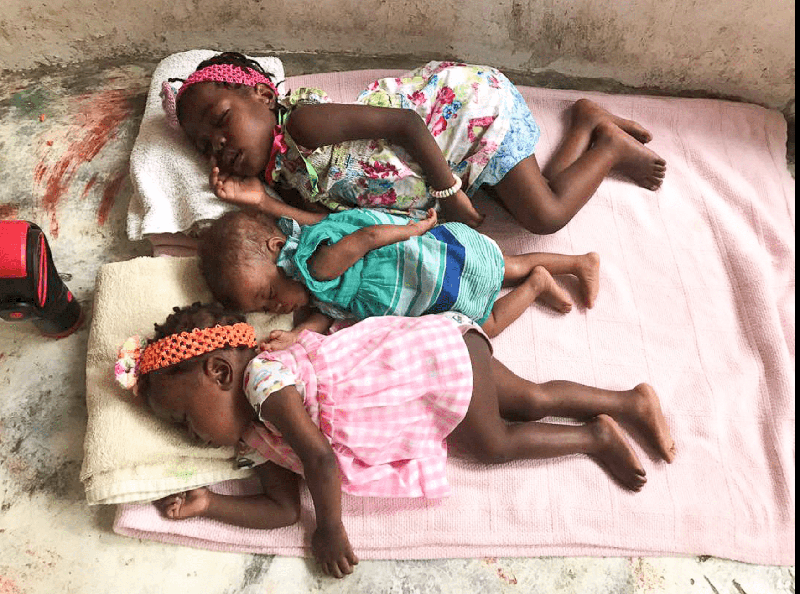 A newer Family Home of Dachme and FoFo welcomed the two little girls, however the three siblings still needed a home. Because they were so sick, Mike & Missy Wilson, the founders of myLIFEspeaks, brought them into their home where American staff and interns could help with care until a placement was determined. In God’s perfect timing, Dr. Coburn Allen, who was on the Board of Directors for myLIFEspeaks, arrived that day with a team. He was able to evaluate and treat all the children who had whooping cough, intestinal worms, and scabies, in addition to the malnourishment and dehydration.

IBESR gave the ministry no details about where the children came from. All they were told was that the orphanage director had abandoned them. Knowing the children must have come from an orphanage nearby, we decided to do our own investigating.

We quickly learned that the orphanage had been slated to be shut down. As a result, the director took and hid the fifteen children in a locked shed. Knowing children to be valuable for trafficking or to draw sponsorship dollars, she did not want to lose them.

This is a prime example of how child sponsorship and orphanages are often linked to human trafficking.

According to the neighbors, people were staying with the children and feeding them for a few weeks, but those people eventually stopped coming and left the children alone. After days with no food or water, neighbors heard the children screaming and crying. Realizing the children were abandoned and locked in a shed, they jumped the fence, broke the lock, and called local authorities. This is when IBESR got involved and came to myLIFEspeaks. 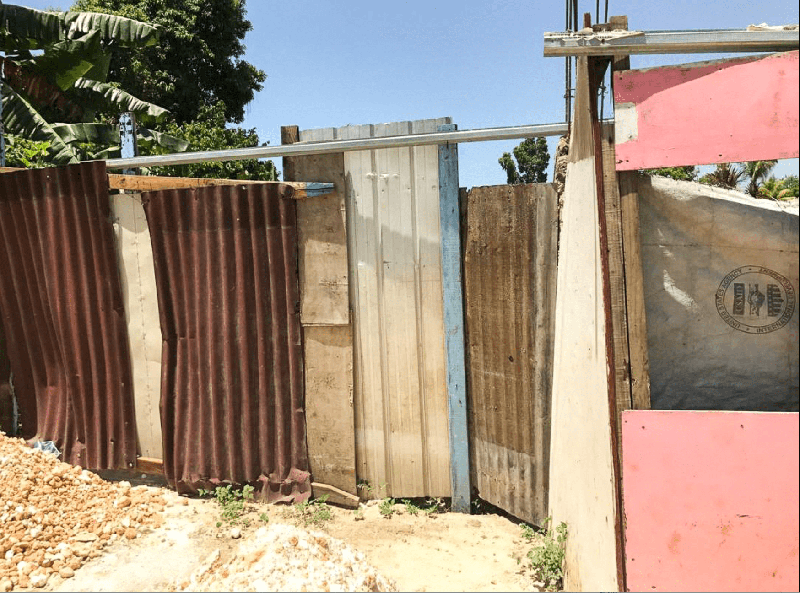 The children later told the staff that there were others at the orphanage that "disappeared" or were taken away at night. They didn't know what happened to those children.

“We can only imagine what could have happened to these kids if they had not been rescued. The other 10 children have been placed in two other American orphanages in the area. Unfortunately, they are not growing up in families like the five we have here, but we know that they are at least safe,” the staff said.

The three siblings eventually joined the House Family of Rigal, a campus security guard, and his wife, Mirlande, both of whom had jumped in immediately on the day the children arrived to help. The two girls will forever be with Dachme and Fofo. 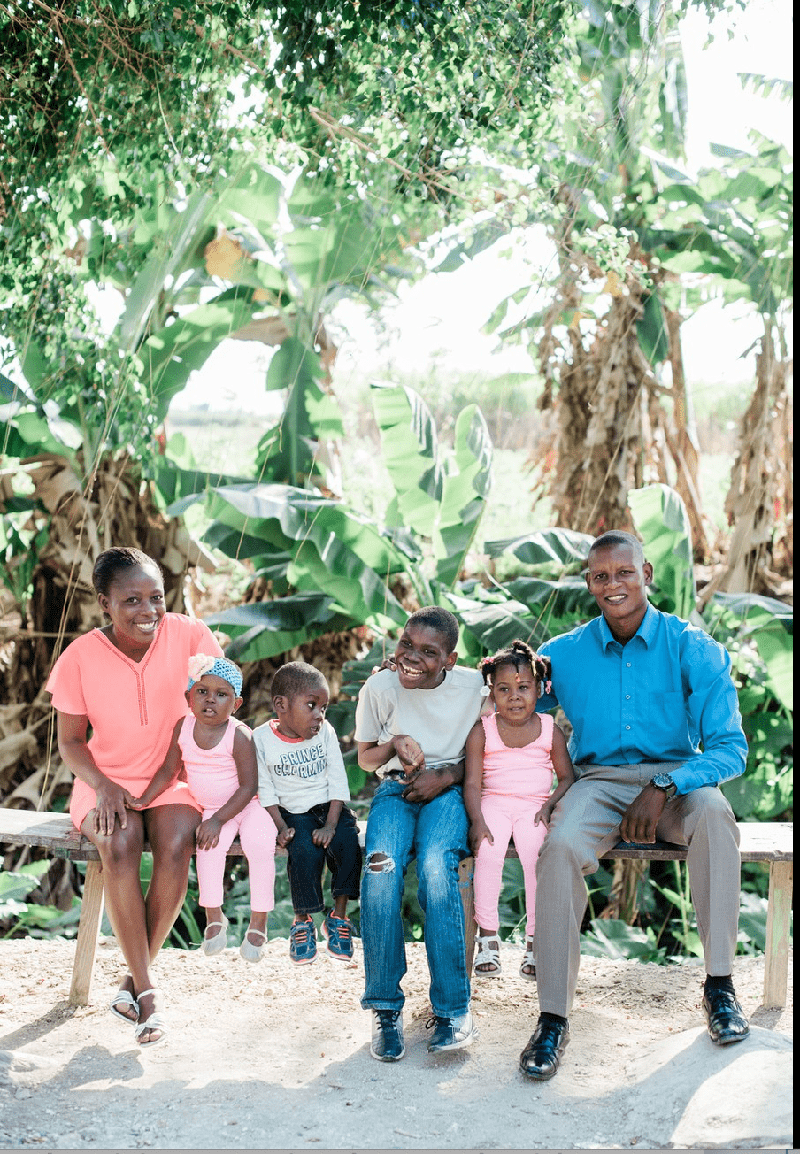 All five children - Sara, Manno, Mika, Neika, and Pippine - are safe, healthy, and loved not only by their House Parents, but by the whole commUNITY.

These once abandoned and neglected children finally have a forever place to call home.