Brian was born at 26 weeks and weighed less than two pounds. Medical staff told his family to gather at his birth and baptize him because he probably wouldn't survive. And yet, he not only survived, but is about to graduate high school! The journey from birth to 18 years old wasn’t easy; Brian suffered a stroke at birth along with multiple medical problems, and has had multiple surgeries throughout his life including two major brain surgeries which removed the right side of his brain.

After all he’s been through, Brian has wise words for all of us. He says, “I learned at an early age the power of prayer. Prayer, hope and love from my family and friends have gotten me through a lot of difficult times in my life.” We were so excited for Tim and Brian to spend time together for Brian’s W15H weekend watching sports and talking superheroes, faith, and encouragement! 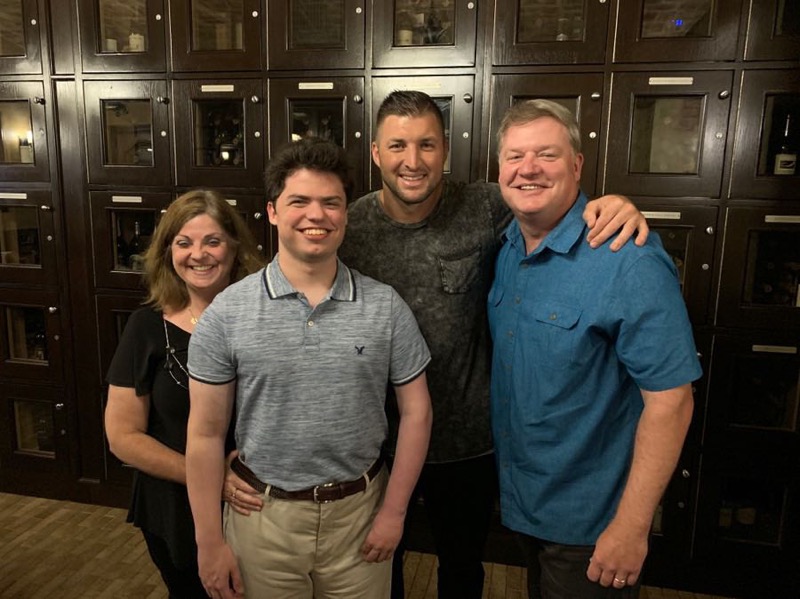 On Friday, Brian, his mom Brenda, and dad Eric arrived in College Station, Texas and met Tim for an intimate dinner. Brian and Tim got into a discussion about superheroes and Brian told Tim about the Night to Shine proms he has been to. After dinner, Brian sampled some amazing desserts!

On Saturday, Brian and his family hopped in a limo and were whisked off to meet Tim and the other celebrity hosts of SEC Nation. Tim showed Brian around the set and gave him an exclusive backstage tour! Brian got to chat with Tim, Marty, and Marcus, about his favorite band, the Beatles, before filming began. Brian also got to talk with a Texas police officer in uniform wearing, what else, a cowboy hat! What trip to Texas would be complete without trying authentic Texas barbeque? After a quick barbeque lunch and stop at Sonic for dessert, Brian cheered on Texas A&M as they faced Auburn. 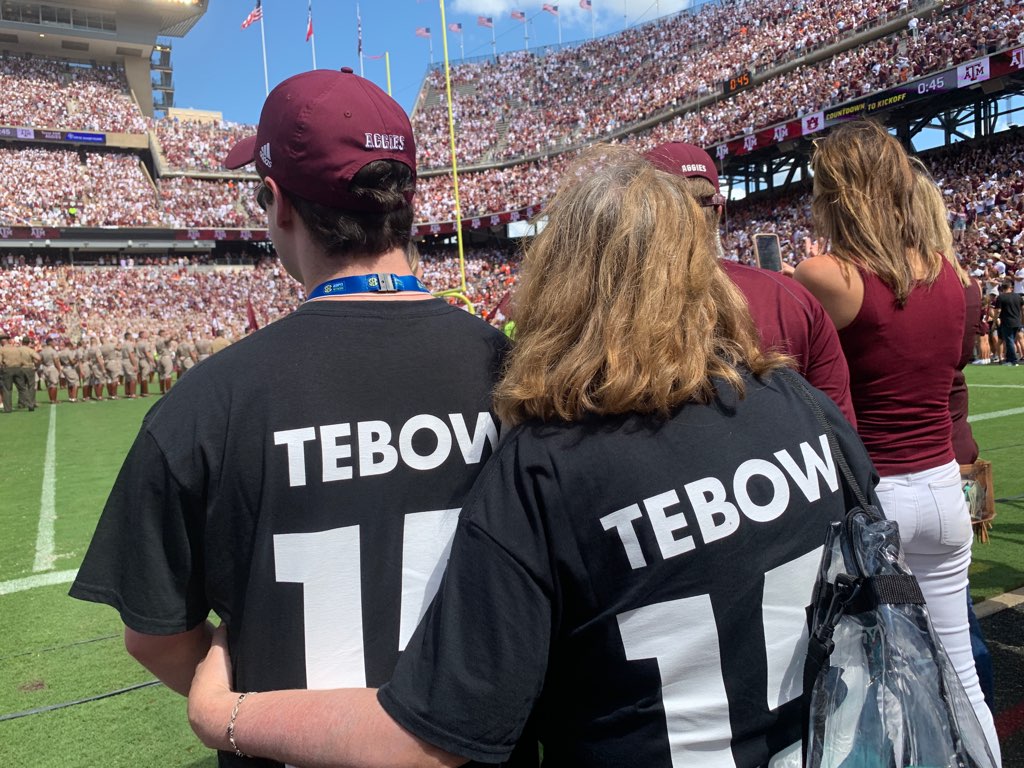 Sunday was a relaxed day, and Brian and his family got to explore College Station and do a little shopping together. They visited a cool, local vinyl shop where Brian was given a record player and the Beatles White album. Back at the hotel, there were more musical surprises with a gift of another Beatles album from the hotel staff! Brian’s mom, Brenda, sums up the W15H experience in this way,

“Words cannot express how much this weekend meant to Brian and us as well. Brian’s smile never left his face all weekend. You went above and beyond to make this experience one that we will never forget. The love that we were shown from Tim and the W15H Team go far beyond words. They are truly ‘gifts from God.’” 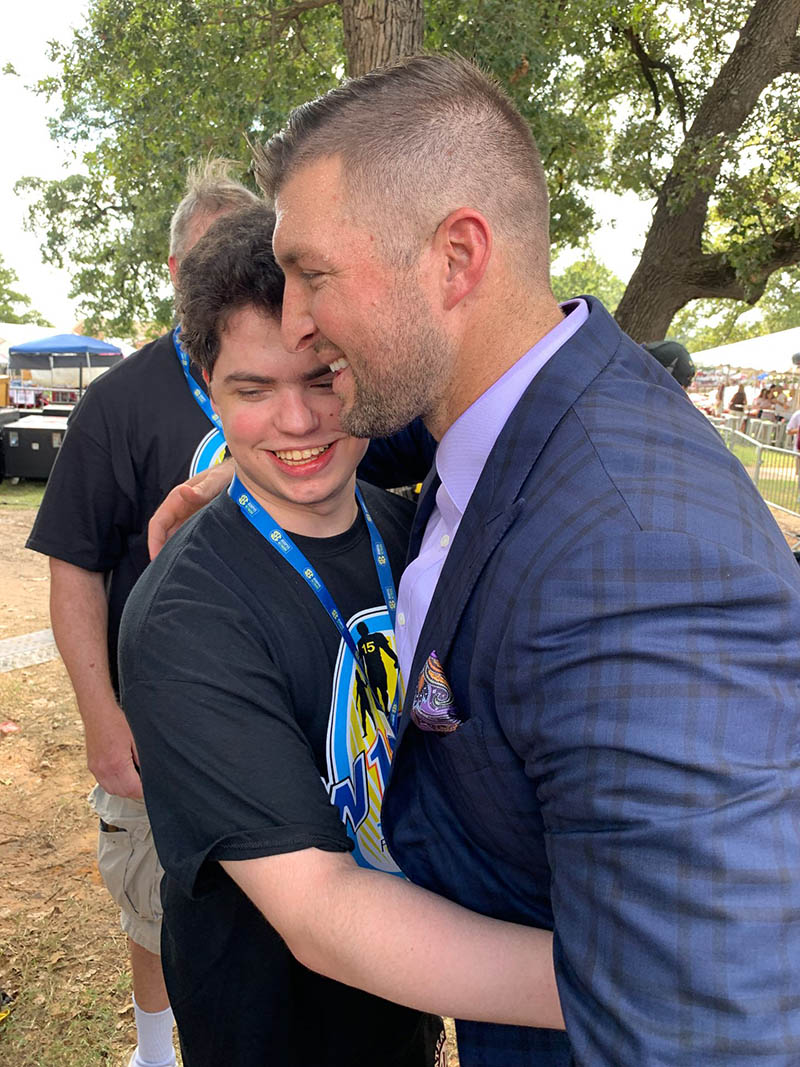 We thoroughly enjoyed hosting Brian’s W15H weekend. He was hoping to come away with words of encouragement from Tim to remember when things are rough, and we believe Brian will take more than words, but also memories and jokes from his time with Tim that he can remember during the tough times.

To help us fulfill more W15H experiences for children like Brian, would you consider donating today or joining the Movement, our community of monthly givers?

In Their Own Words: Almost Home
Read Story