Each month, the Tim Tebow Foundation is honored to be able to bless a family choosing to adopt a child internationally with special needs with an adoption aid grant. To-date we have given 66 adoption aid grants and have seen 56 children welcomed into their forever families. The Raitz family was one of those families. Here is their adoption story…

I was scrolling through Facebook and saw the sweetest little face being advocated for on a PKU Facebook page. Our 2 youngest children have a genetic disorder called Phenylketonuria (PKU). In a nutshell, it means their bodies cannot process an amino acid in protein. They’re on a very strict, low protein diet and a medical formula. PKU puts a huge financial strain on families because of the cost of the medical food and formula, which is not mandated to be covered by insurance at this time. Well, on this day another PKU mom was advocating for this little girl in China who had PKU and needed a forever family. Her sweet face captivated me and I fell in love immediately! I passed her information on to my husband who agreed she was adorable, but wasn’t sure now was the time to pursue an adoption. I continued to look at her picture over the weekend and asked my husband to pray about it. We then talked again on Monday and he told me to contact the placing agency to find out more information and see exactly what starting the process would look like. I emailed the agency, and by that afternoon we had this little girl’s file and began praying about moving forward to become her forever family. A couple weeks later we submitted our letter of intent and began the wait to see if China would give us pre-approval. After a very long week the email I had been waiting for came… We had pre-approval! We now had 6 months to complete a home study and submit our dossier.

We began plowing through the paperwork and gathering documents and paperwork for our dossier. We decided to name our little girl, Winona Mae, after my grandmothers. We picked out paint colors for her room, bought a crib and stroller, and couldn’t wait to travel to meet our daughter!

On February 1, 2016 our journey took a detour we never saw coming. We received a call from our placing agency that Winona Mae had passed away. A virus had spread through her orphanage, and her little body was not strong enough to fight it. We were crushed and broken hearted. We put a hold on everything and began to try and pick up the shattered pieces of our hearts. Walking our four children through this grief process was the hardest thing I have ever had to do as a parent.

We kept going. We began looking at other waiting children’s files. There were so many faces, so many children needing a forever family. We were overwhelmed and again began to wonder if we had heard wrong and should put things on hold. That same week I received an email from a fellow adopt mom who sent me the picture of a little boy in her son’s orphanage who also had PKU. She said she didn’t know what our plans were, but felt compelled to share his information. His sweet little smile was captivating and reminded me so much of our 12 year old at that age. I contacted our agency and found out he was with another agency and not available for transfer at the time. Again we were left with no peace about how to move forward.

A couple weeks later we received an email from our agency with the subject line “Child locked for you with PKU”. When I opened the email, it was the little boy we had asked about! He was now available, and they had his file locked for us for 72 hours to decide if we wanted to move forward. We knew we were called to adopt Kai, but we knew it would take some gigantic miracles to bring him home, especially since we were a family of 6 with 2 kids that have PKU. The Tim Tebow Foundation was one of the miracles that allowed us to bring Kai home. 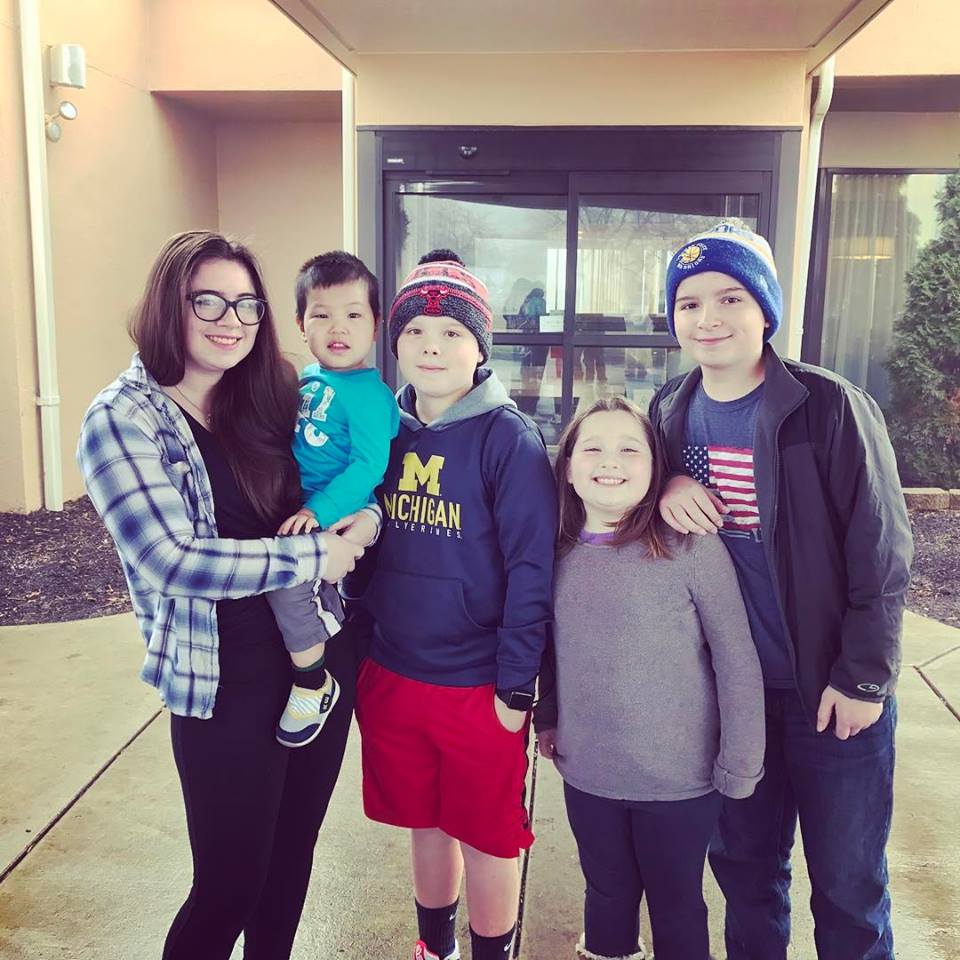 We had a few bumps along the road, but finally got our dossier submitted and were granted a medical expedite for his PKU. On January 6, 2017 we boarded a plane to China to meet our son! Then the day came. Kai David Raitz came rushing into our lives. I had my son in my arms, and we both wept tears of joy at God’s faithfulness even in the midst of our doubt and pain.

Because of the amazing adoption grant we received from TTF, Kai David now has a family, access to the medical food and formula needed for his PKU, and 2 siblings who understand and live with PKU like he does. Thank you again to the Tim Tebow Foundation for your help in bringing Kai home to us! 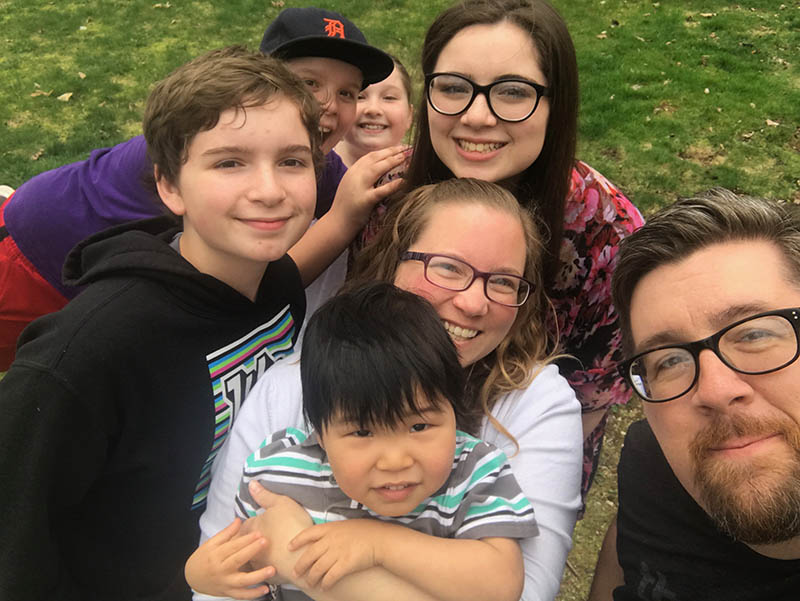