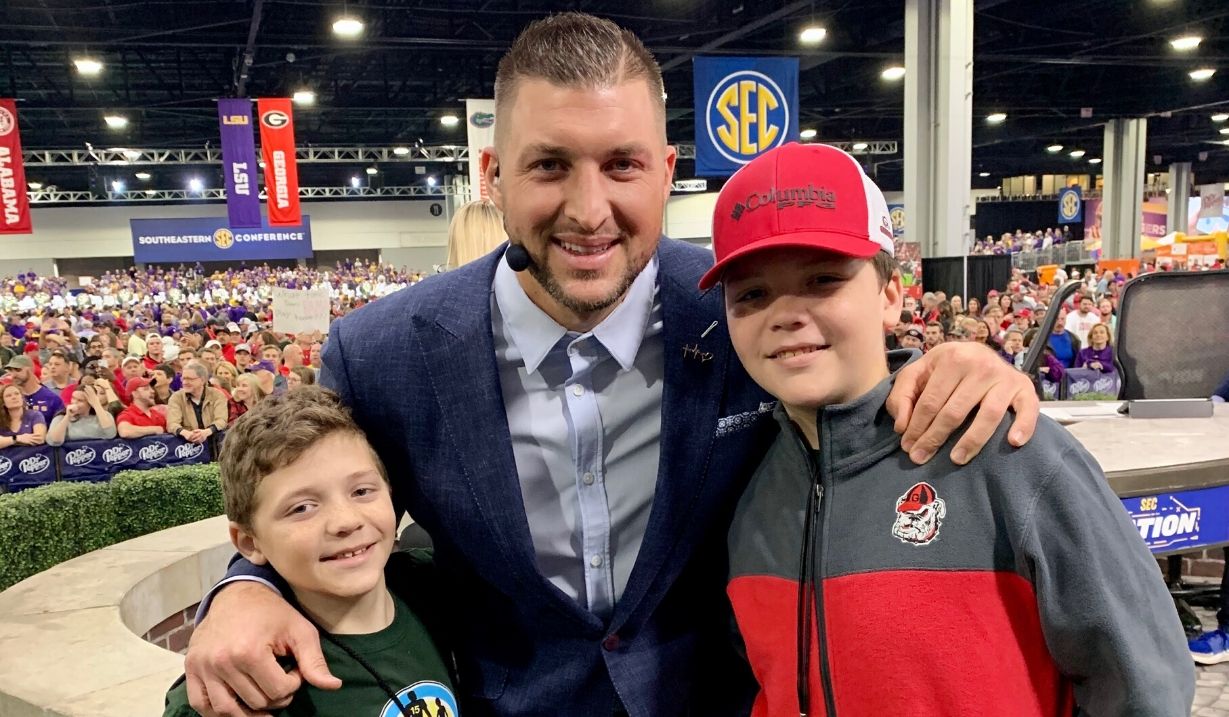 In 2016, a routine visit to an eye doctor resulted in an initially devastating diagnosis for then 10-year-old Aaron. He had craniopharyngioma, a non-cancerous but growing tumor of the brain that would continue to affect his sight, balance, growth, and more if left untreated. Just three weeks later, the unthinkable happened when Aaron’s younger brother, Andrew, was diagnosed with the exact same condition.

Thankfully, treatment for craniopharyngioma is often successful, and this proved to be the case for both Aaron and Andrew, though administered in different ways. For Andrew, a surgical procedure that removed the majority of the tumor was his best option, while several months of proton therapy along with surgery turned out to be the best route for Aaron. Though the boys will continue to be monitored for the foreseeable future, they are both doing exceptionally well today.

Our team was introduced to Aaron and Andrew earlier this year, and today, we are thrilled to introduce them both to you as the latest members of the TTF W15H family! 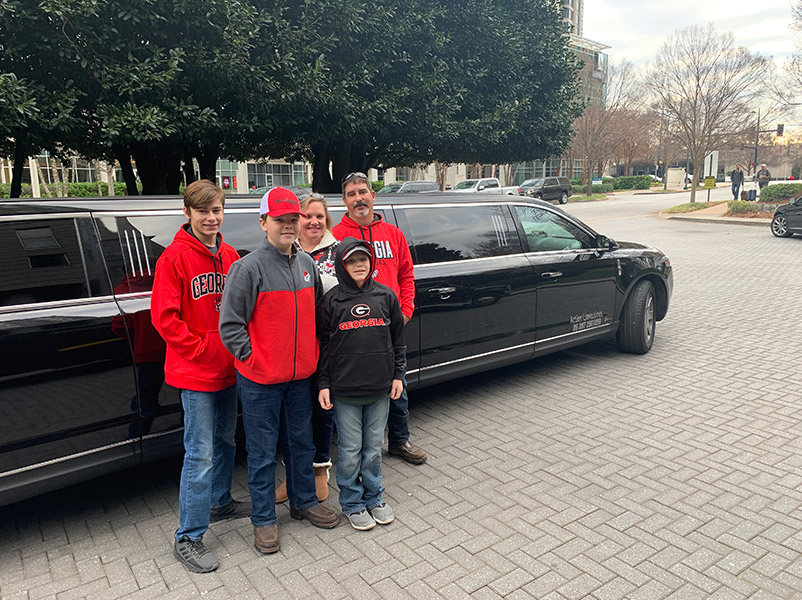 Aaron and Andrew’s exciting W15H weekend began last Thursday as the boys and their family toured the College Football Hall of Fame in Atlanta, Georgia. As lifelong Georgia fans, they were excited to see quite a few ‘Dawgs representing! Later that evening, the family met up with Tim for a steak dinner, where the conversation naturally centered on the upcoming SEC Championship game and the boys’ excitement about watching their favorite team compete for the title. After dinner, the fun continued with a surprise ride on SkyView Atlanta, a 20-story high Ferris wheel located in Centennial Park.

The W15H weekend continued bright and early the next morning as the family toured the headquarters of Chick-fil-A, ate lunch in the original CFA diner, and were treated to all-you-can-eat ice cream and CFA swag. But the fun didn’t end there as they then spent the rest of the afternoon at Zoo Atlanta. The zoo was incredibly generous in setting up for Aaron and Andrew a VIP experience, culminating in a one-of-a-kind elephant encounter! It was the perfect gift for Andrew who not only loves elephants, but who also celebrated his 12th birthday just a few days earlier! 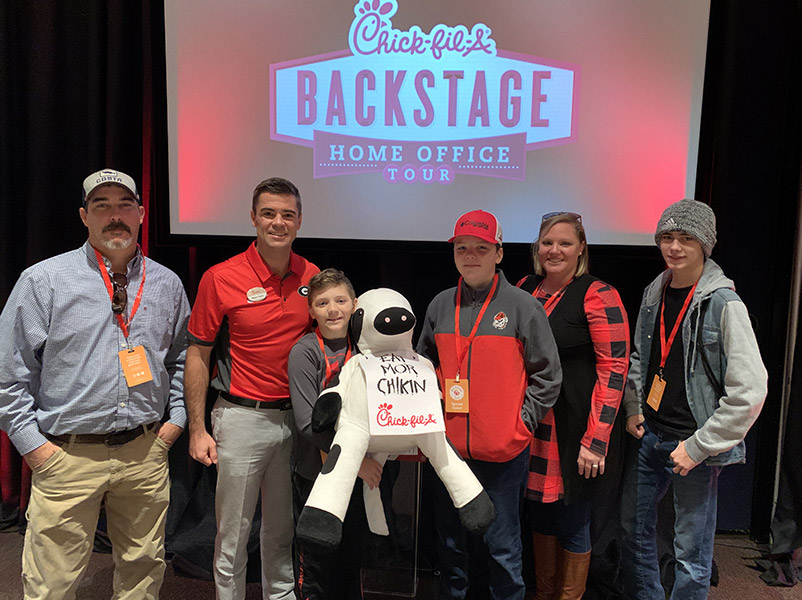 Saturday was the highlight of the weekend as the boys were welcomed that morning to the set of SEC Nation, on location in Atlanta for the SEC Championship game between the Georgia Bulldogs and LSU Tigers. After spending the morning with Tim, Marcus, Laura, and the rest of the SEC Nation crew, the family joined thousands of other football fans at SEC FanFare, a special event leading up to kickoff. Filled with various attractions and interactive games, pep-rallies for both schools, and celebrity sightings, it was the perfect setup for the actual game itself! 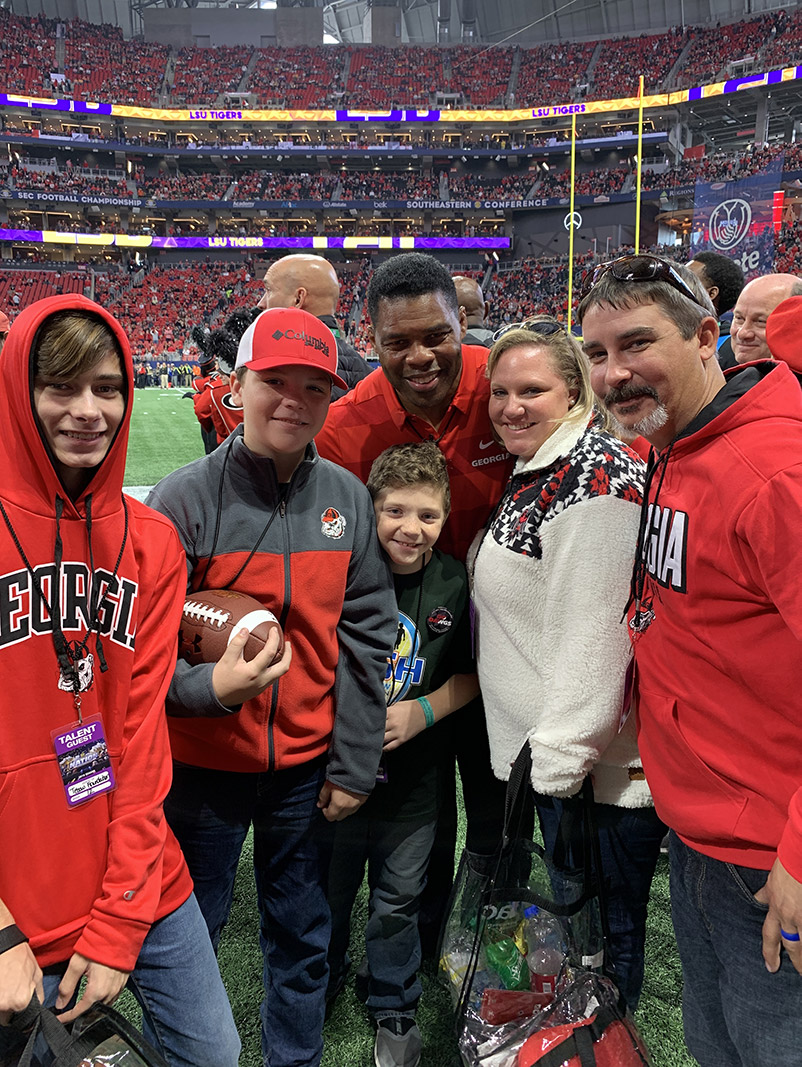 After hanging out on the field with both teams during warm-ups, where they had a chance to meet players from years past, cheerleaders, and even UGA the bulldog mascot, the family then watched as LSU defeated Georgia in route to the conference title…admittedly not quite the outcome they hoped for, but still an incredible experience all the same! As both the regular college football season, and Aaron and Andrew’s W15H weekend came to an end, the family returned to their home in Georgia, tired but happy from a truly memorable weekend.

"This W15H weekend was truly a dream come true! It was incredibly fun and amazingly awesome! The looks on our boys’ faces throughout this whole experience were priceless! We are so grateful for everyone who made this W15H weekend possible!” their mom, Katie, told us.

As with each of our W15H kids, we are so excited to continue building a relationship with these two very special boys and their whole family. Please join us in prayer for Aaron and Andrew, not only for continued good health in the days ahead, but that they may each deeply know their inherent value as a precious child of God, and His perfect plan for their lives regardless of what the future holds! 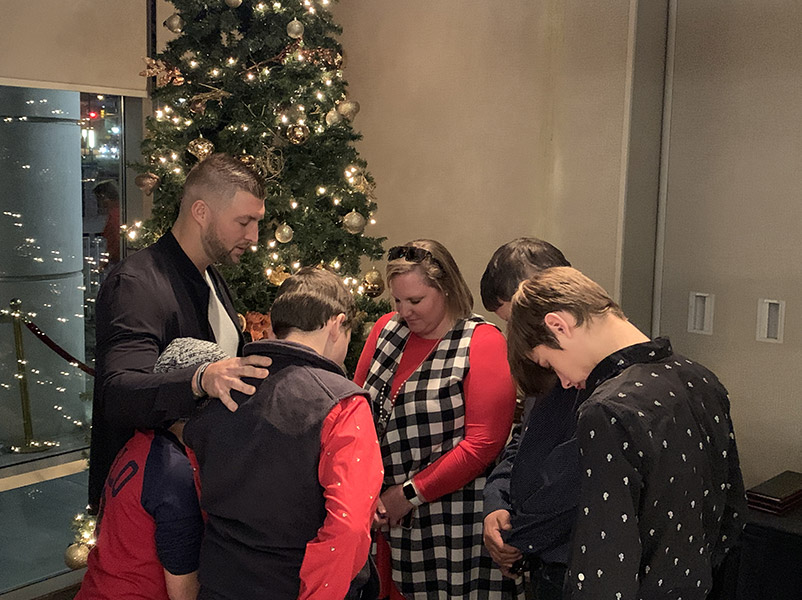 If you would like to support us in providing additional W15H experiences for children in need, please consider donating today or joining The Movement. 100% of every dollar raised goes directly towards outreach.