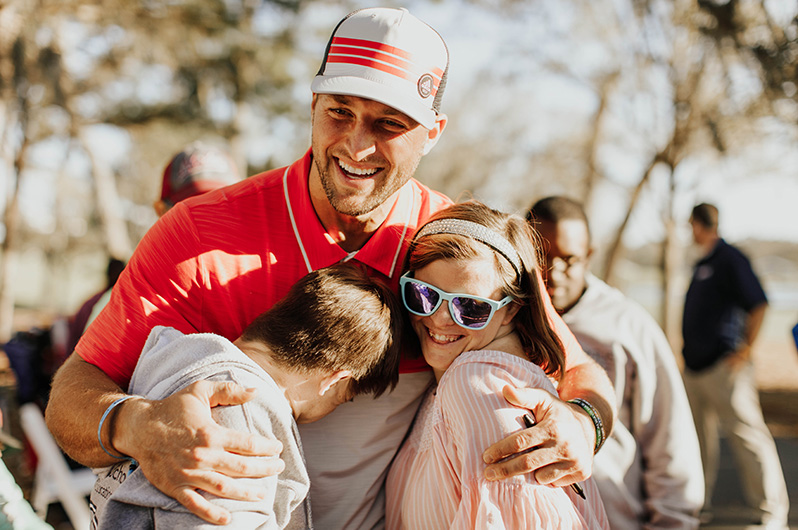 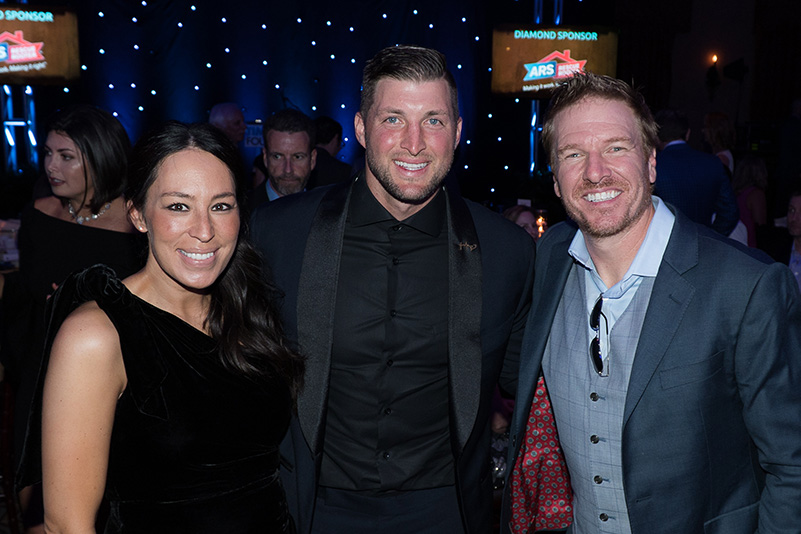 The event kicked off Friday night at the TPC Sawgrass Clubhouse with an exclusive star-studded gala. Celebrities and event sponsors posed along the red carpet in front of flashing cameras as they entered for an unforgettable night. 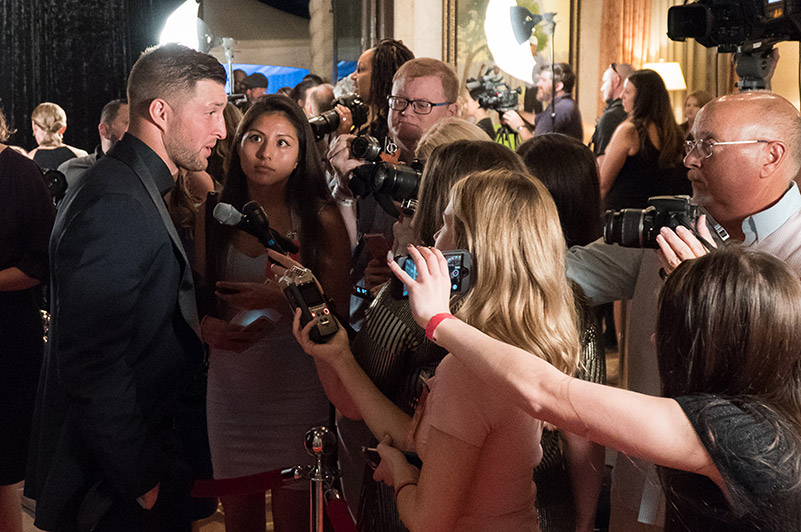 "It's humbling and it's a blessing because it's great to come back to where I grew up and where it's still home for me," shared Tim Tebow, Founder and Chairman of the Tim Tebow Foundation and host of the weekend. "But, at the same time, so many people from all walks of life are coming here, not just because of me, but because they believe in what we're doing." 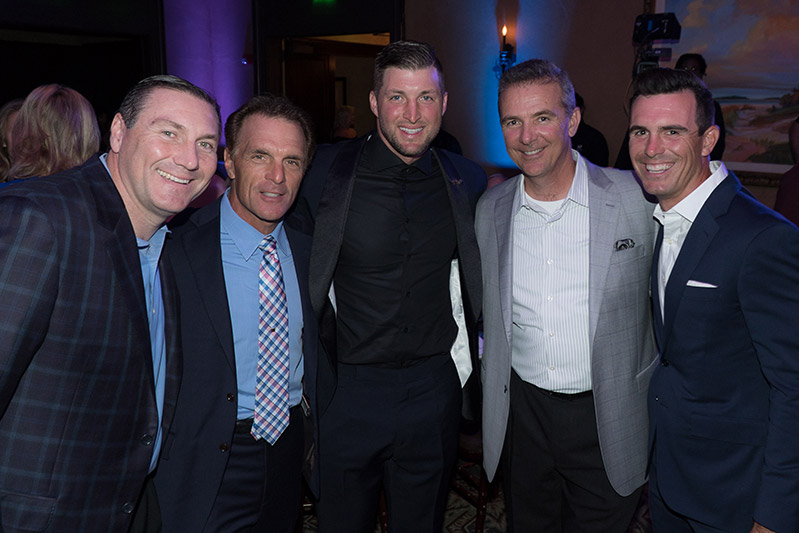 Once seated, the Tim Tebow Foundation Gala was emceed by Emmy award-winning voice and personality, Tom Rinaldi. The night opened with a prayer led by 9-year-old, Jada, who was recently adopted from Ghana with the help of the foundation's Adoption Aid initiative. 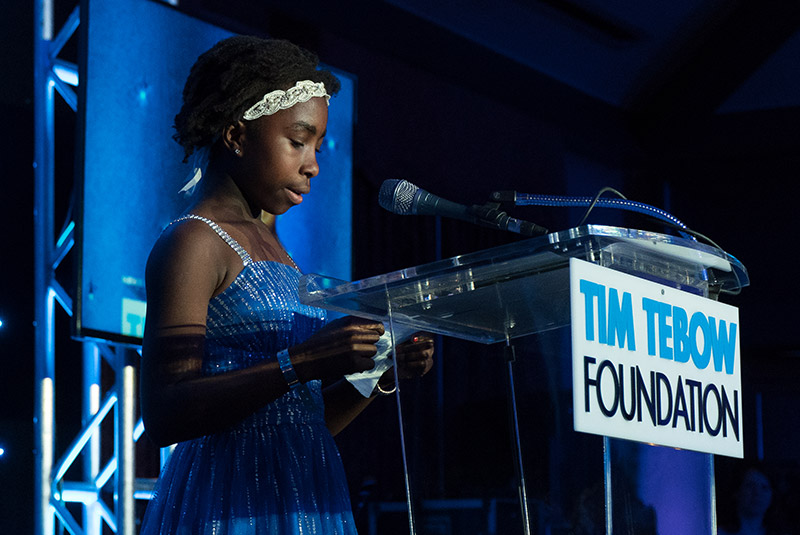 The gala progressed with a surprise awarding of the foundation's first-ever Life of Significance award honoring Bob Tebow, Tim Tebow's father, for his influence on people's lives around the world, his devotion to his family and the life-long work of his ministry. 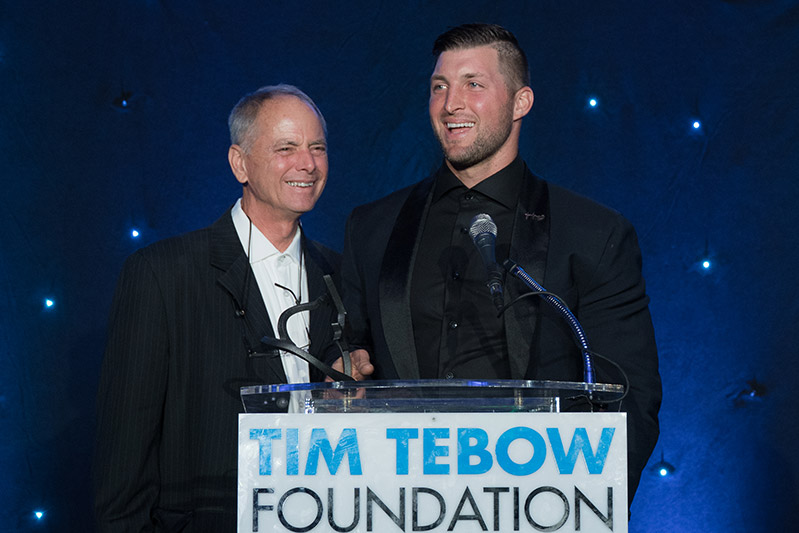 Tim Tebow gave an emotional and powerful address, followed by a live auction that raised more than $1.3 million. The night ultimately concluded with an intimate performance from Eric Church. 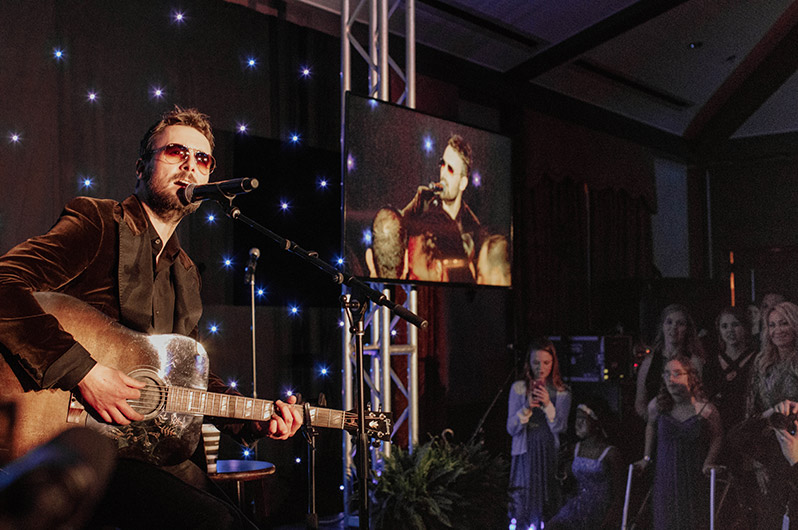 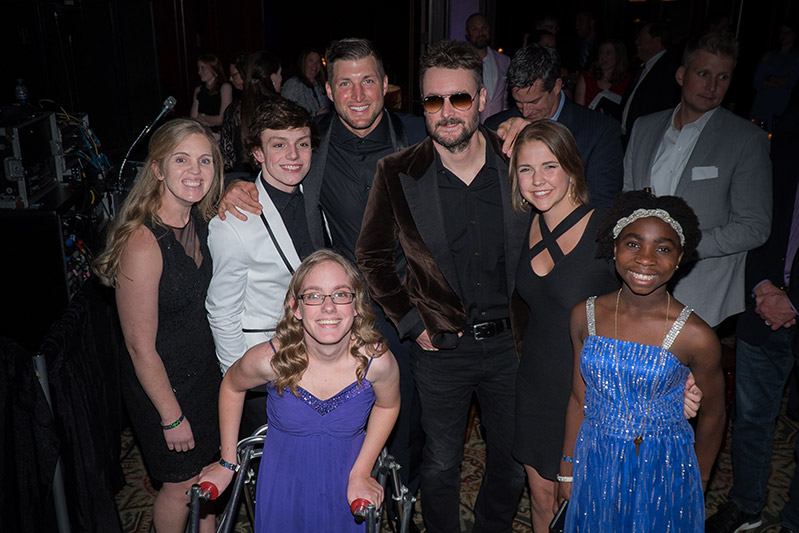 Saturday, the stage was set at the TPC Sawgrass Stadium course for a day full of laughs, competition and, of course, golf. More than 3,000 spectators came out to take part in the fun and interact with their favorite celebrity. 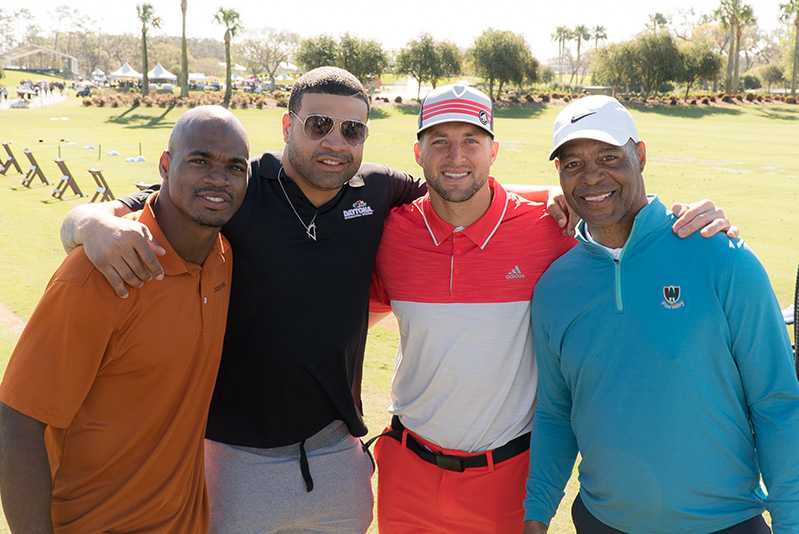 The day started off with a bang, as the 1st tee was lined with hundreds of spectators as Tim Tebow and 8th year Diamond Sponsor, American Residential Services (ARS), greeted more than 30 W15H (Wish 15) families and were officially introduced on the starting hole. This set the tone for the day, as the competition began, but the theme of bringing Faith, Hope & Love was evident. 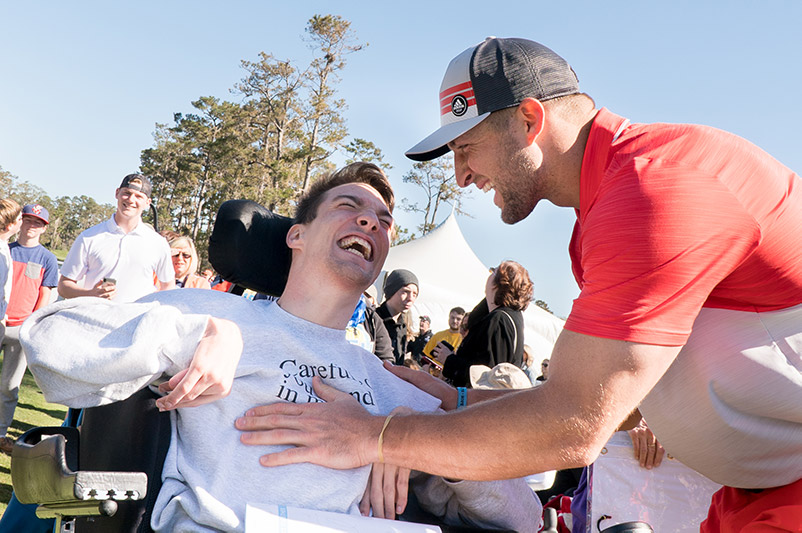 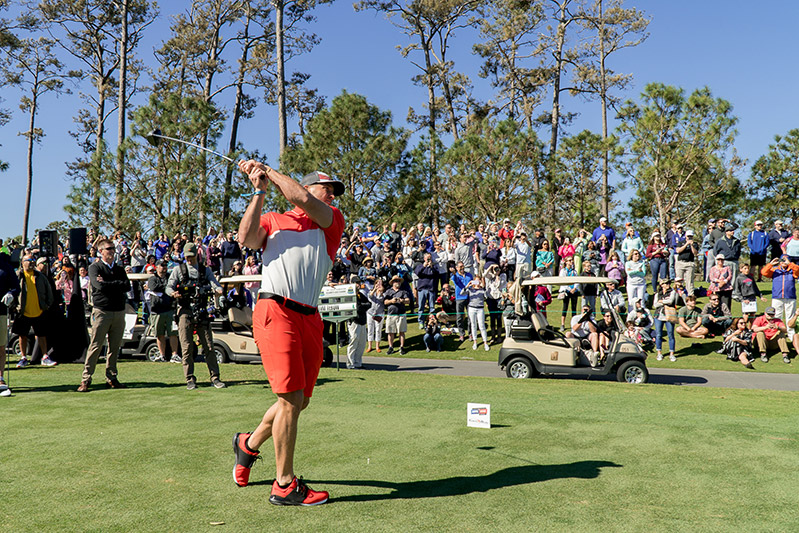 "One of the most humbling parts of the weekend is how much each person rallies around the idea of bringing Faith, Hope & Love. Yeah, it is a golf tournament, but what we get to do through this golf tournament and the love we get to share, not only during the event, but throughout the entire year is special. I'm so thankful for every celebrity, sponsor & fan that chose to give their time, resources and money to help us continue fighting for those who can't fight for themselves," shared Tim Tebow.

“ARS/Rescue Rooter and Florida Home Air Conditioning looks forward to our annual Diamond Sponsorship of these events,” says Dave Slott, CEO of ARS. “It’s a privilege to support the critical mission of the Tim Tebow Foundation, and we cherish our relationship with both Tim and his philanthropy.” 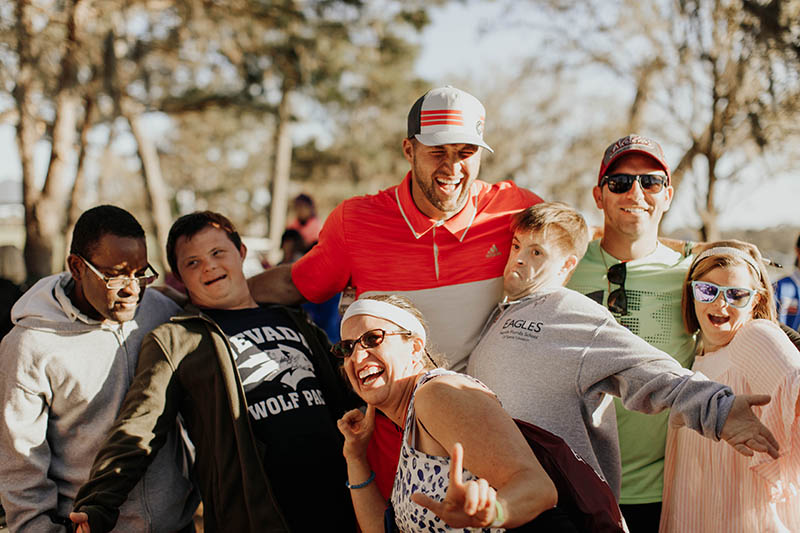 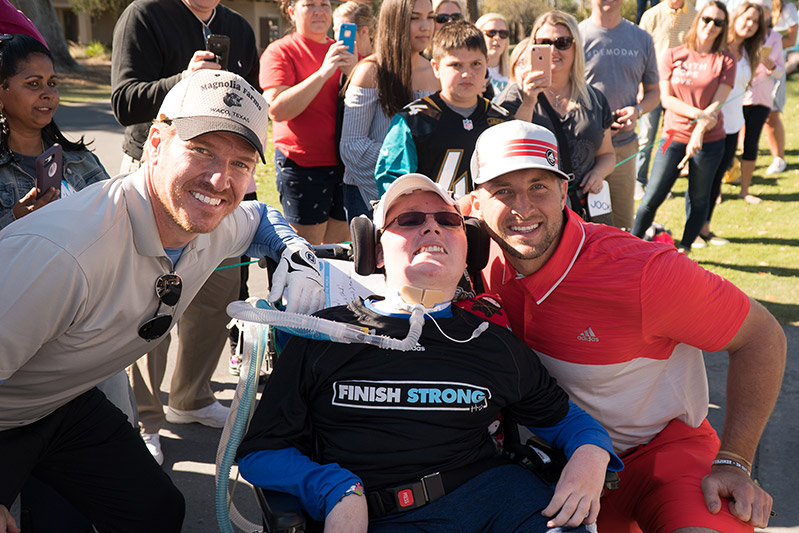 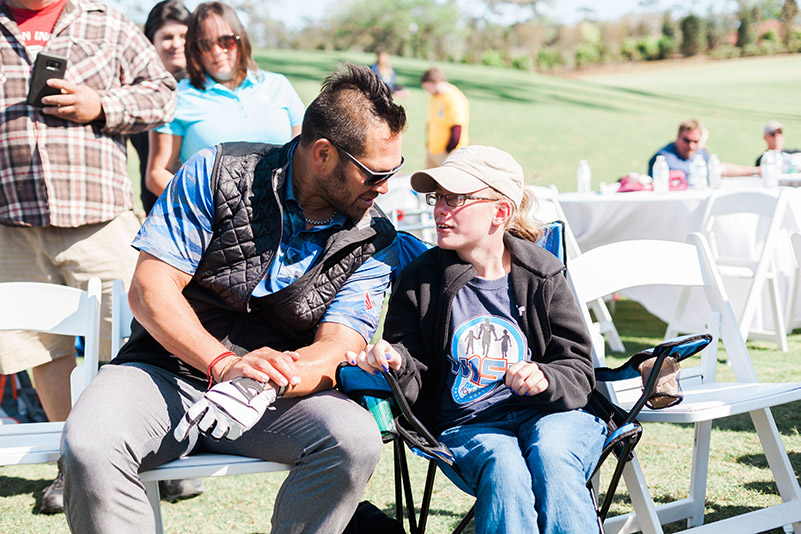 The Tim Tebow Foundation Celebrity weekend was a great success, raising more than $2.2 million for its outreach initiatives. It also offered a unique opportunity to see the outreach initiatives firsthand, as members of the Tim Tebow Foundation family, such as W15H kids and Night to Shine guests, participated in the events throughout the weekend. Gary Sheffield and his foursome placed 1st in the tournament.

To help us further the mission of bringing Faith, Hope & Love to children around the world, join our community of monthly givers - The Movement.